An example on a proximity graph on random points is shown. The vertical line is the random variable giving the transversal deviation.

What is known about the distribution of $D$?

$T$, the length of the paths, follows the Tracy-Widom distribution in the case where the weights are i.i.d., at least in some settings e.g. on $\mathbb{L}^{2}$. 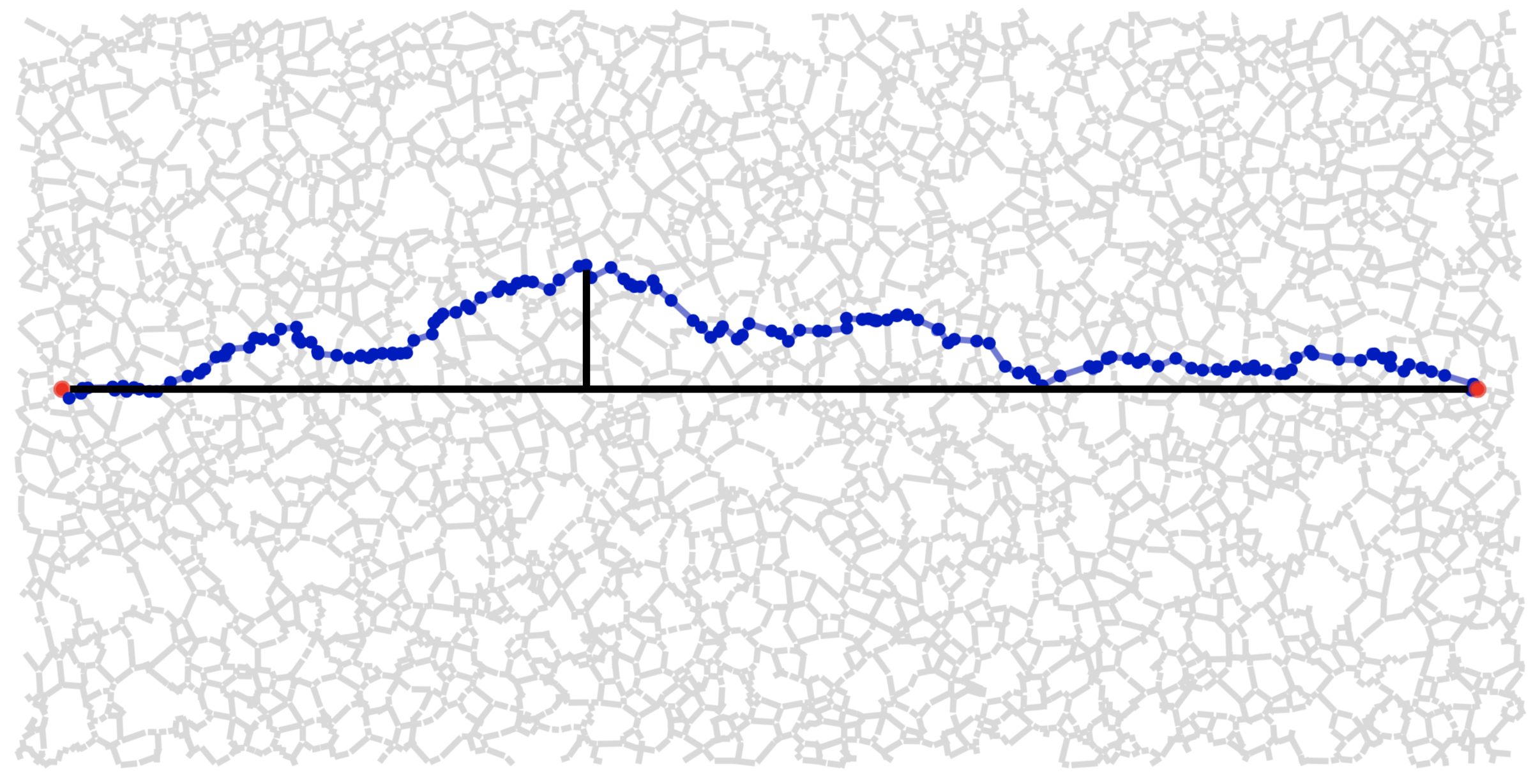 For example, I have this for the case of a the Delaunay triangulation on random points on a torus, where the weights are now the lengths of the edges in Euclidean space: 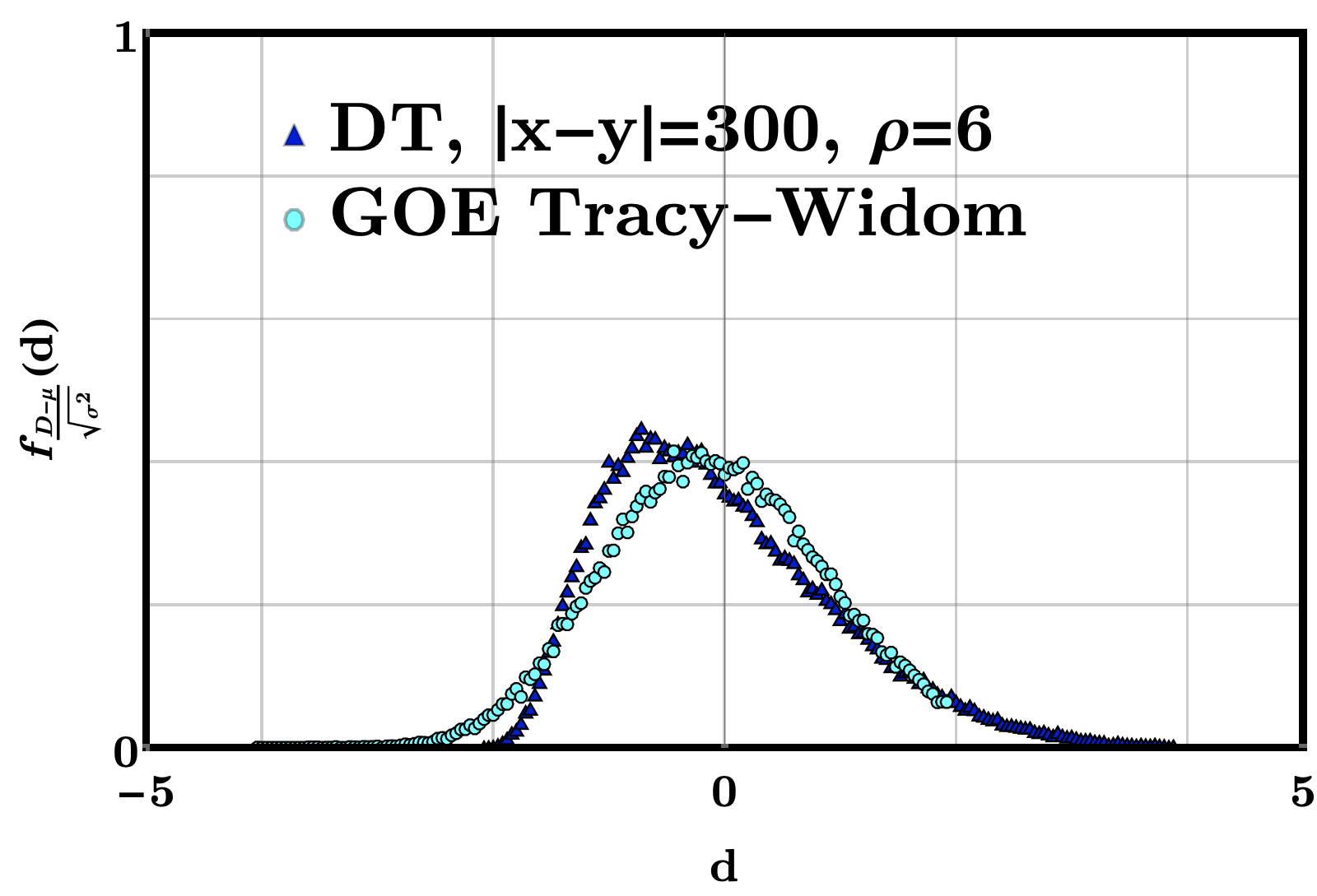 Browse other questions tagged pr.probability random-graphs statistical-physics network-theory or ask your own question.

23
What upper bounds are known for the diameter of the minimum spanning tree of $n$ uniformly random points in $[0,1]^2$?
39
When should we expect Tracy-Widom?
10
Correlations in last-passage percolation
8
A Variance-Tail Description for Continuous Probability Distributions
4
Stationary distribution of last passage percolation
0
KPZ relation $\chi = 2 \xi -1$ in a random geometric graph
4
How to show that random graphs cannot be embedded with short edges
Question feed