I edited the question to a general mathematical question, since I found the answer in Carlo Beenakker's reference and think that my initial question was mathematically misleading.

What was behind all this was: If we take $W_N$ being trace free skew-symmetric matrices of rank $N$ on an $N$-dimensional space. And we perturb each of them with a positive operator $A_N$ such that all of the $A_N$ have the same trace. Is it true that as $N \rightarrow \infty$ the real part of some eigenvalue will tend to zero (resp. be zero)?

Since the left-hand side is finite, the right-hand side has to converge.

This problem of "non-Hermitian" quantum mechanics has been studied in the context of random-matrix theory (RMT), see for example the review Random matrix approaches to open quantum systems. The particular case pointed to in the OP is when the Hermitian matrix ${\cal H}=iW_{H}$ of high rank $N$ is perturbed by a positive-definite matrix $-i\pi WW^{t}$ of low rank $\delta N\ll N$. The eigenvalues $E_n-i\Gamma_n$ of the effective Hamiltonian ${\cal H}_{\text{eff}}={\cal H}-i\pi WW^t$ describe resonant scattering from a heavy atom or quantum dot (with $E_n$ the center of the resonance and $\Gamma_n$ its width). The special case in the OP where ${\cal H}$ is block-off-diagonal is referred to as the case of "chiral symmetry" in the context of random-matrix theory. (The appropriate ensemble for real ${\cal H}$ is the socalled "chiral orthogonal ensemble".)

Now the question in the OP is the distribution of the $\Gamma_n$'s in the limit $N\rightarrow\infty$ at fixed $\delta N$. The "universal" result of random-matrix theory (see section IV.A in the cited review) is that for $\delta N\ll N$ all $\Gamma_n$'s are greater than a minimal value $\Gamma_{\text{min}}\simeq\delta N/N$ and they accumulate near that value.
Note that the OP refers to $i$ times the eigenvalues of ${\cal H}$, so this approach to the real axis corresponds to an approach to the imaginary axis in the OP.

Hence my answer to the final question of the OP, "does the spectrum approach the imaginary axis in the large-$N$ limit" is yes, it does, if the non-Hermitian perturbation has a rank $\delta N$ that remains small compared to the rank of the Hermitian part. There remains, however, for any finite $N$ a gap of order $\delta N/N$ that separates the "dissipative dynamics" from the unitary quantum mechanical evolution. 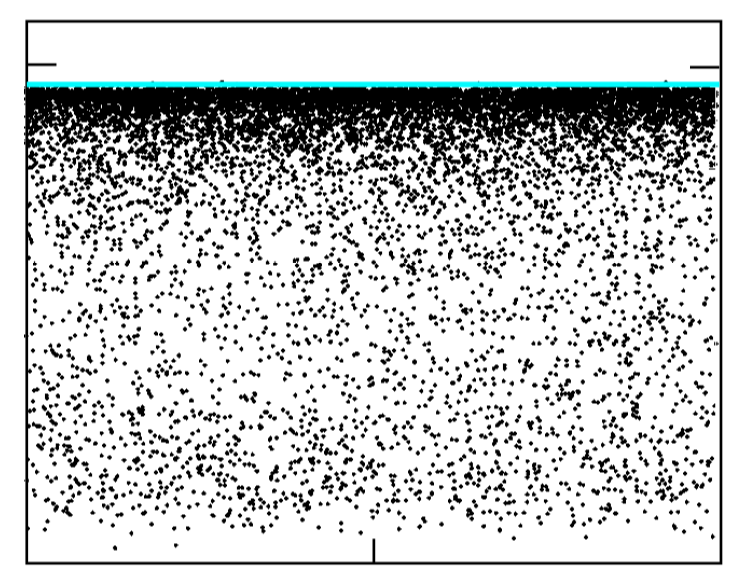 Not the answer you're looking for? Browse other questions tagged fa.functional-analysis real-analysis ap.analysis-of-pdes ca.classical-analysis-and-odes sp.spectral-theory or ask your own question.

25
Can a conditionally convergent series of vectors be rearranged to give any limit?
20
Image of the trace operator
5
Estimates for the diameter of a (nice) surface?
4
A question on null sequences
3
Real part of eigenvalues and Laplacian
22
Rigorous justification for this formal solution to $f(x+1)+f(x)=g(x)$
5
Nonnegativity implies $\langle Lf,f\rangle\geq \int f^2-(\int fg)^2$ for $g\geq 0$
0
Detecting isolated eigenvalues from local spectral measures
Question feed