Simple connectedness under a metric undistortion condition: on a tricky point in an argument of Gromov

I have been reading Gromov's Metric Structures..., and came upon result 1.14.(a), page 11, which states the following.

Let $K\subset\mathbb R^d$ be a compact subset, and $d_\ell$ its length metric.¹

The proof, if I understand correctly, goes roughly as follows [Edit: see below for more detail]:

lies in Point 2 of this program. Of course, there is no reason for such a curve to exist (see e.g. the Hawaiian earring). [Edit: YCor's example, in the comments, shows in fact that even in a fixed free homotopy class, one may not find a length-minimising curve.]

A bit more about the proof

I'll start by saying that a quick search in your favourite search engine will take you to a pdf version of the book, for anyone interested. However I thought I should make my question as self-contained as possible.

Point 1 of the proof is self-evident, and point 2 is given as is in the book (‘let $\alpha$ be a nontrivial homotopy class in which there exists a curve of minimal length among all homotopically nontrivial loops’). Say that we get a curve $\gamma$ of length $\ell$, parametrised by arc length by $c:\mathbb R/\ell\mathbb Z\to\mathbb R^d$.

Point 3 (after trimming) aims to show that the path length distance between $c(t)$ and $c(t+\ell/2)$ is the same, viewed as points in $K$ or $\gamma$. Otherwise, there must be a curve in $K$ of length $<\ell/2$ between these two points, creating two loops of length $<\ell$ whose product is $c$. One of them must be non trivial (because $c$ is), a contradiction (because $c$ is of minimal length among such curves).

Looking carefully at the book, I saw that the title of the chapter is "Riemannian manifolds with boundary and subsets of $\mathbb{R}^n$ with smooth boundary".

In a compact manifold, you can always choose such a length minimizing curve (the rough argument is that the unit tangent bundle is compact, you should maybe be more precise, but there is also a classical argument using Ascoli, see Remark 1.13.b just before the statement in question in Gromov's book).

Since the Hawaiian ring, embedded in $\mathbb{R^n}$ is not a sub-manifold, this is not a counter-example. However, it seems that $\mathrm{dil}(Id)\geq \pi/2$ in it, so the it is not a counter-example to the full statement. Maybe the right question is "Can we extend the statement to some (all ?) compact subsets of $\mathbb{R}^n$ ?". Since I'm absolutely not answering this new question, feel free not to accept my answer!

[Edit] I think the following argument, made possible by the help of Anton Petrunin in the comments (thank you very much!), does the trick. I left the original sketch below for historical/affective reasons.

Suppose that $K\subset\mathbb R^d$ is a compact satisfying the above non-distortion condition. Then the argument of Gromov described above shows that there is no curve (contractible or not) such that the path length distance between opposite points is no less than half the length of the loop. In other words, for all $\alpha>0$ small enough, any arc-length curve parametrisation $c:\mathbb Z/\ell\mathbb Z$ must admit a pair of points $(c(t),c(t+\ell/2))$ such that their path length distance is at most $(1-\alpha)\ell/2$. We now fix such an $\alpha>0$.

Cellulation of the unit disc

Limit as the loops shrink

In conclusion, we constructed a map $f:\mathbb D\to K$ whose restriction to $\partial\mathbb D$ is the initial curve $c$: the curve $c$ was contractible.

I'll give myself permission to give some ideas that may lead to a solution. 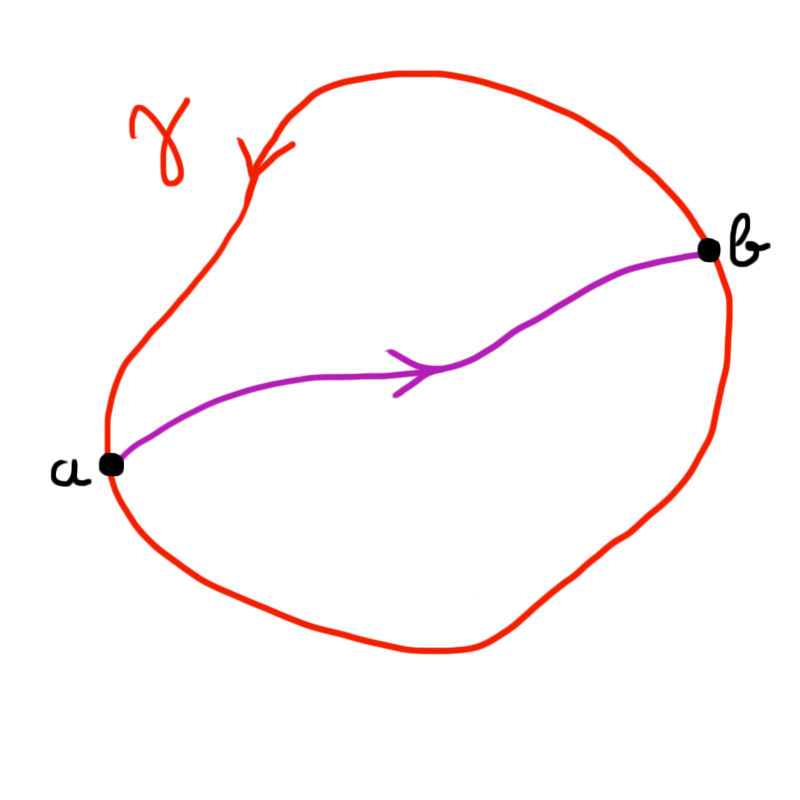 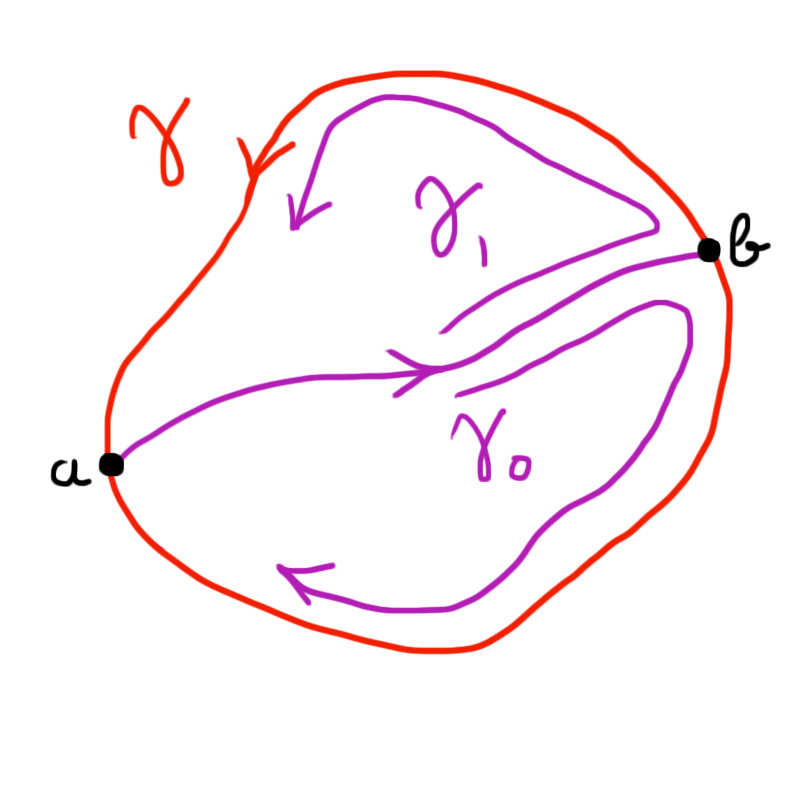 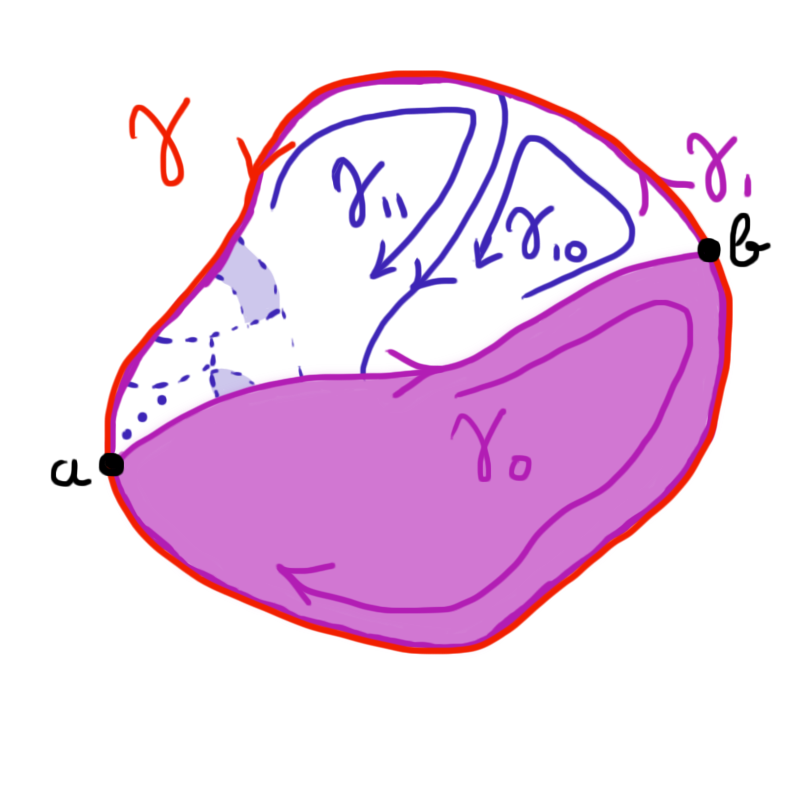 Here comes the shady point. Iterate this construction at infinity. Intuitively, you fill all the holes bounded by the curves $\gamma_*$, either because they are contractible, or because you created a web so dense that the compactness of $K$ makes it an actual surface. Congratulations! you proved that $\gamma$ was actually contractible in the first place.

10
A strange question about closed geodesics on a closed manifold
8
Is displacement controled by stable norm?
1
Smoothness and curvature of geodesics in a length space
7
Shortest curve with given convex hull
14
Does existence of midpoints imply intrinsic?
4
Is “factoring through a dendrite loop” preserved under deletion?
34
In a topological space if there exists a loop that cannot be contracted to a point does there exist a simple loop that cannot be contracted also?
3
In which topological spaces does the existence of a loop not contractible to a point imply there is a non-contractible simple loop also?
3
Closed almost geodesics in a Riemannian manifold
Question feed