A simple, undirected graph $G = (V,E)$ is said to be strongly rigid if the identity is the only graph endomorphism.

For which positive integers $k>2$ is there a strongly rigid $k$-regular graph?

So we have lots of strongly rigid regular graphs.

There is a second way to potentially produce more examples. In a book somewhere, Gordon Royle and I prove that a triangle-free graph with diameter two and no "twinned vertices" is a core. It follows that is $X$ is connected, triangle-free and asymmetric, it is strongly rigid. Unfortunately no examples come to mind just now.

Finally none of this helps in finding finite cubic graphs with only trivial endomorphisms.

A graph composed of the chain consisting of $n$ rigid connectors will be denoted by $RC_n$: 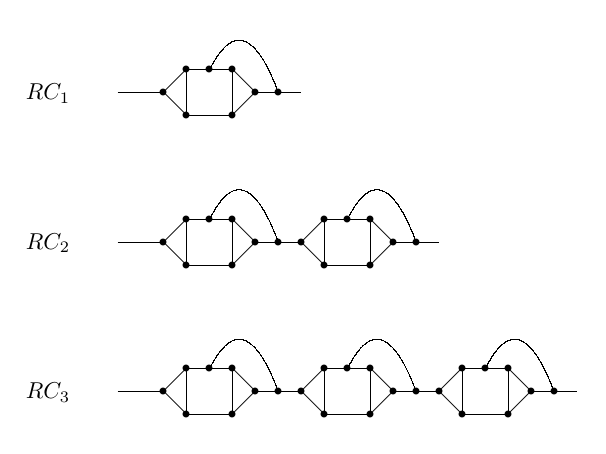 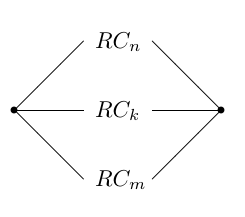 It is (more-or-less) clear that this graph is rigid.

Is it strongly rigid, too?