What is prismatic cohomology?

Prismatic cohomology is a new theory developed by Bhatt and Scholze; see, for instance, these course notes. For the sake of the community, it would be great if the following question is discussed in this forum:

What is prismatic cohomology and what is it good for?

Aside: According to Drinfeld, the name "prismatic cohomology" goes back (in part) to the picture used by the rock band Pink Floyd for the cover of the Dark Side of the Moon. See the relevant announcement here.

I just take a quick opportunity to share what a prism is, and why it is called like that (as I learned from Lars Hesselholt). All the theory is developed relatively to a fixed prime $p \in \mathbb{N}$.

A prism is a couple $((A,\delta),I)$ where $A$ is a commutative ring with unity, $\delta \colon A \to A$ is a set theoretic map and $I \subseteq A$ is an ideal. Moreover, one asks the following things:

This can be summarized in the following picture 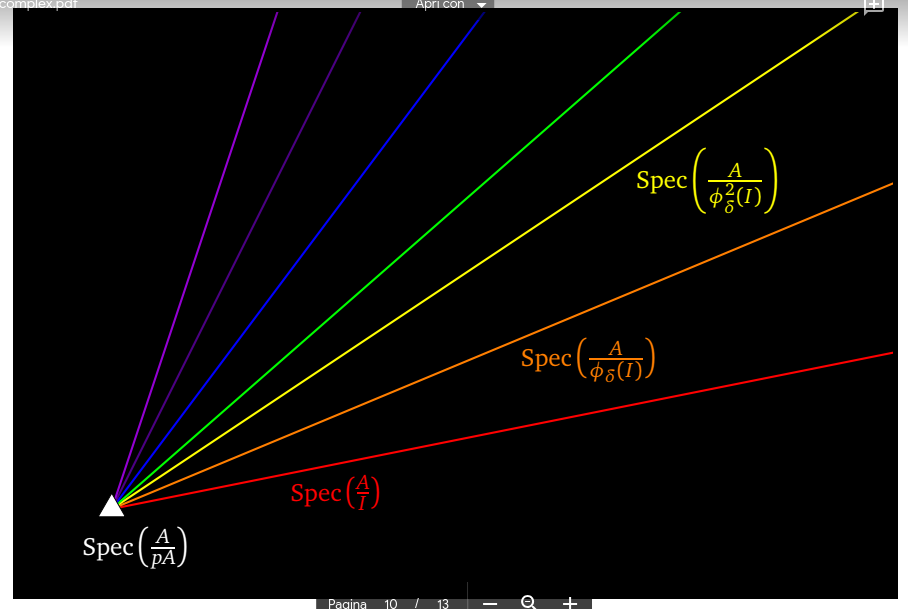 The reason why this idea is so powerful is that is provides an "algebraic encoding" of the theory of perfectoid spaces. More precisely, there is an equivalence between the category of perfect prisms (i.e. prisms such that $\phi_{\delta}$ is an isomorphism) and perfectoid rings (see Theorem 3.9 in the preprint by Bhatt and Scholze). As said above, this allows Bhatt and Scholze to define a prismatic site, from which they define prismatic cohomology, which is comparable (in various "integral" meanings) to most of the cohomology theory that can be defined on $p$-adic schemes.

As a final reference for the THH parts of the paper of Bhatt and Scholze (and much more), I suggest this survey by Lars Hesselholt and Thomas Nikolaus.

The preprint has been released to the general public now:

71
Has the mathematical content of Grothendieck's "Récoltes et Semailles" been used?
3
Hypersurfaces without variable cohomology
44
Why is Voevodsky's motivic homotopy theory 'the right' approach?
5
Prisms and Hodge-Tate comparisons
10
Is the de Rham complex in characteristic $p$ a CDGA?
6
Finite non-empty coproduct in the absolute prismatic site
Question feed