Is the number of cells in a three-dimensional Poisson-Delaunay triangulation with $n$ vertices $\mathcal O(n)$ with probability one?

which is equivalent to the question

Is the number of Voronoi vertices in a three-dimensional Poisson-Voronoi tessellation with $n$ generators $\mathcal O(n)$ with probability one?

To formulate the question more mathematically, in terms of finite point configurations, denote

My thoughts on the question:

On one hand, it is well known that the complexity 3d Delaunay triangulation is $\mathcal O(n^2)$ in general.

However, as noted in (1), the only know examples attaining this complexity are from point distributions on one-dimensional curves such as the moment curve. Furthermore, the expected complexity of Poisson-Delaunay distributed in a cube is $\mathcal O(n)$ (e.g. (2)). In (3), Jeff Erickson goes as far as saying that

For all practical purposes, three-dimensional Delaunay triangulations appear to have linear complexity.

This leads me to the question whether it is in fact almost surely true that a three dimensional Poisson-Delauany triangulation has $\mathcal O(n)$ cells. I haven't been able to find any reference on this fact, thought. I'll be grateful for a reference showing this statement or a counterexample.

In (3) and (4), Erickson proves some bounds between the complexity of the Delaunay triangulation and the spread $\Delta$ - the ratio between the longest and shortest pairwise distance. This gives some chance for the complexity to be continuous in the sense of moving points (since spread is).

Perhaps spread could be used to prove the statement, or, perhaps we could allow the points on the moment curve to "wiggle" around, thus creating a class of configurations with have non-zero probability with respect to the Poisson process, while retaining the super-linear complexity.

Yes, at least for periodic boundary conditions so we don't have to worry about what happens near the boundary. See

Dwyer counts Voronoi vertices rather than Delaunay simplices but it's the same thing. He only actually proves that the expected number is linear, not that it's linear with high probability, but it's straightforward to convert an expected value into a high probability bound via the fact that far-enough parts of the Delaunay triangulation don't affect each other. See e.g. proof of Lemma 9 in

You may gain some empirical insight from this exploration: 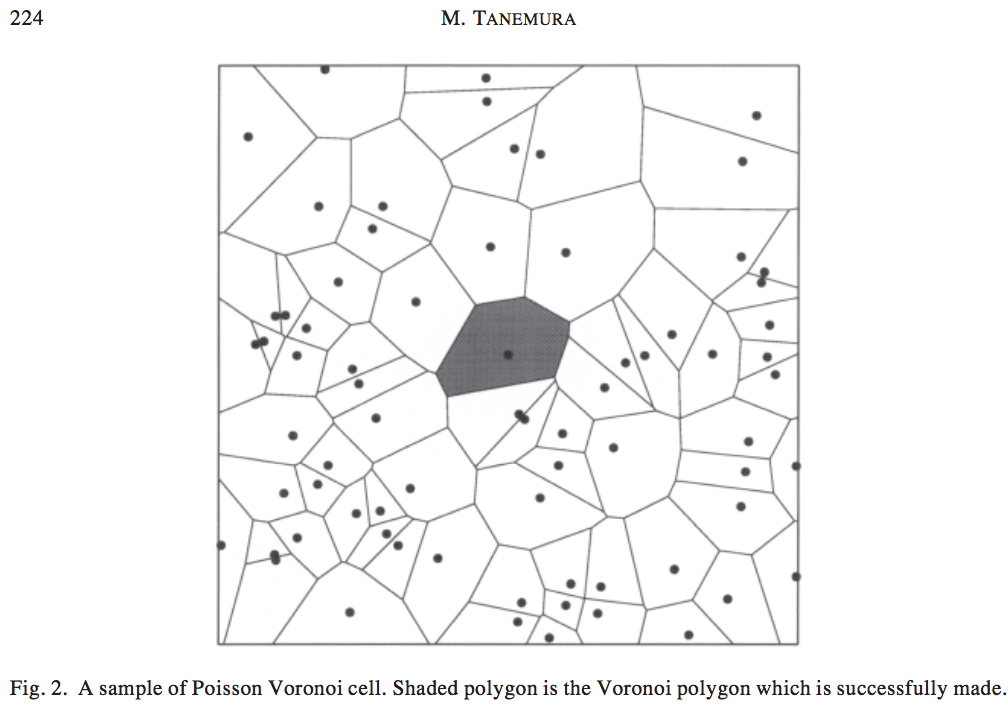 Not the answer you're looking for? Browse other questions tagged reference-request computational-geometry geometric-probability triangulations or ask your own question.