Triangulation of the complex projective plane

In the 1983 paper ``The 9-vertex Projective Plane'' by W. Kuehnel and T.F. Banchoff (The Mathematical Intelligencer Vol 5.) the authors give a 9 vertex triangulation of the complex projective plane, which they call $\mathbb{CP}_9^2$, whose details I won't give here. The crux of their argument is:

2) Their simplicial complex has the duality property that every 4-simplex $\sigma$ spanned by 5 vertices is opposite to a non-bounding 2-cycle which is the boundary of the 3-simplex $\rho$ spanned by the vertices not in $\sigma$.

4) The key point: the level sets defined by a fixed $t$ are actually simplicial 3-spheres which approach $\sigma$ as $t\to 1$ and as $t\to 0$ they approach a decomposition of $S^3$ into four solid tori which are mapped to the faces of $\partial \rho$.

My question is why are the level sets 3-spheres? From their paper, we can see that the pre-image of each face of $\partial \rho$ under the Hopf map from $\sigma$ to $\partial \rho$ is a 2-sphere up to homotopy equivalence so I guess the level sets are also homotopy equivalent to $S^3$. But why would they be homeomorphic to $S^3$? The authors do not give a complete proof, but instead say that the proof uses a ``collapsing'' argument. What collapsing argument would imply that something is homeomorphic to $S^3$?

The picture they give is the following 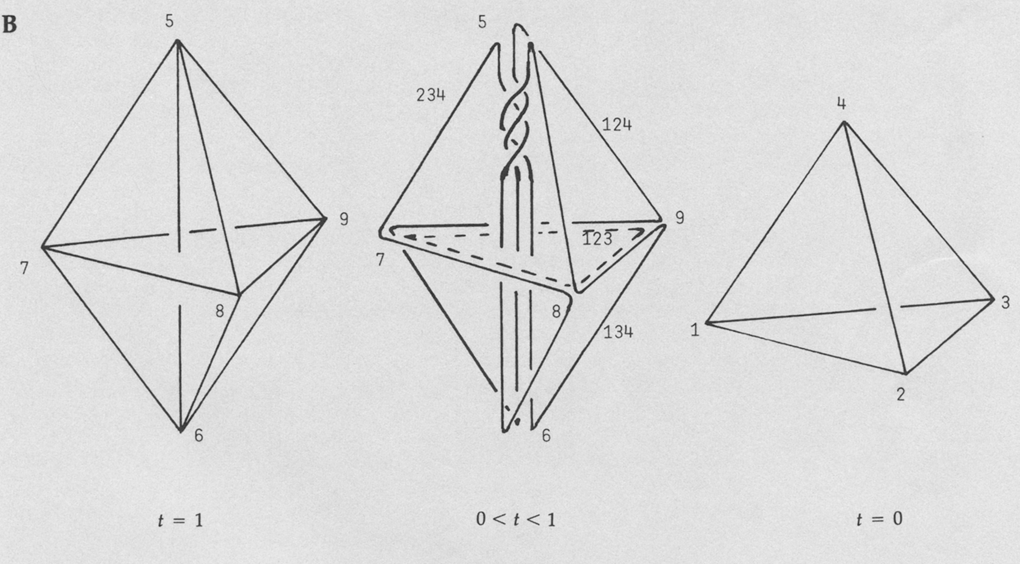 The numbers on the edges represent the faces of $\partial \rho$ and the edges are pre-images.

EDIT: In this paper, the authors give an parallel example for the $\mathbb{RP}^2$ triangulation. The following picture shows a well-known triangulation of $\mathbb{RP}^2$. There is a distinguished simplex 123 and the opposite non-bounding cycle given by the boundary of 456 (shown in green). A level set is given in blue. It is clear from the picture that the level sets are 1-spheres that approach a double cover of $\partial(456)$. But it much less clear in the case of $\mathbb{CP}^2_9$ that the level sets are 3-spheres! Also, just because one complex collapses to another doesn't mean that they are homeomorphic! 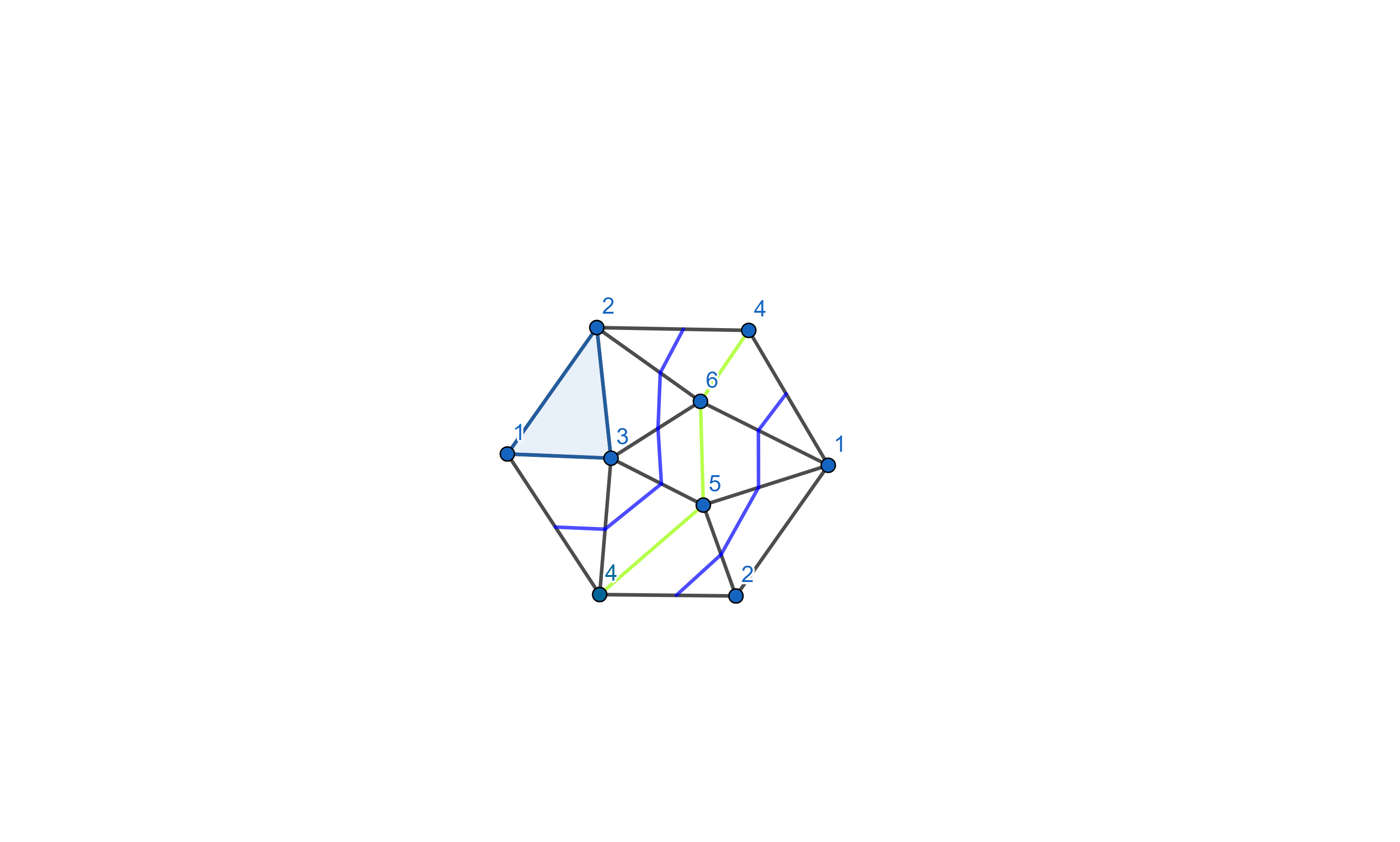 Browse other questions tagged gt.geometric-topology or ask your own question.