A monad that unions sets

Suppose we have a monad that maps types of some kind to other types (see below) , and let types be sets. Let $\alpha, \beta$ be types, $\rightarrow$ denote a function between types, and let $a : \alpha$ indicate that $a\hspace{0.2cm}$ (or $b$) is an expression of type $\alpha $.

I am looking for a monad which is a little like this, except that $\eta$ applied to an expression $a$ is the singleton containing $a$, but where $\eta(a) \bigstar k$ forms the union set $\{a, \; k\}$, so $\bigstar$ unions together sets. How would I define such a monad, in the kind of format above?

Basically, I'm looking for a monad which allows you to form singleton sets, and then union them together into one set.

$Clarification$: I just wondered whether there is $some$ monad which provides an operation that unions $\{ John \}$ and $\{ sleeps \}$. Perhaps it is not the power set monad, but another monad.

I believe that the sort of tree I am thinking of can be represented as the power of the two images below, with $\bigstar$ operating first on $\{false, true \}$ (the unary branch) and then $\{false, true\}$ taking the lambda term on the adjacent branch. If someone could confirm this is correct, that would be great.

If I understand correctly, the choice of $false$ and $true$ is not necessitated, though it might be natural in certain circumstances. 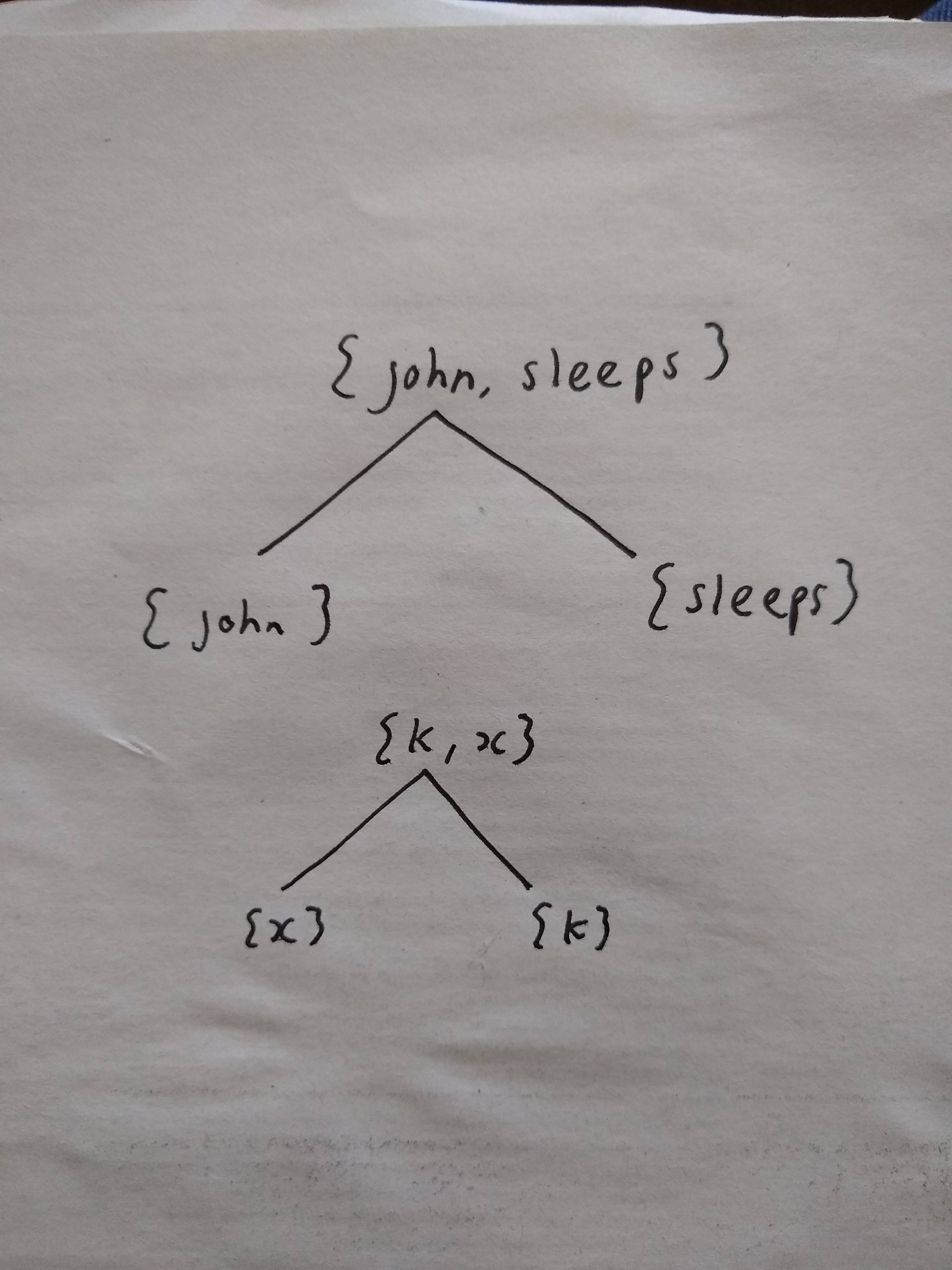 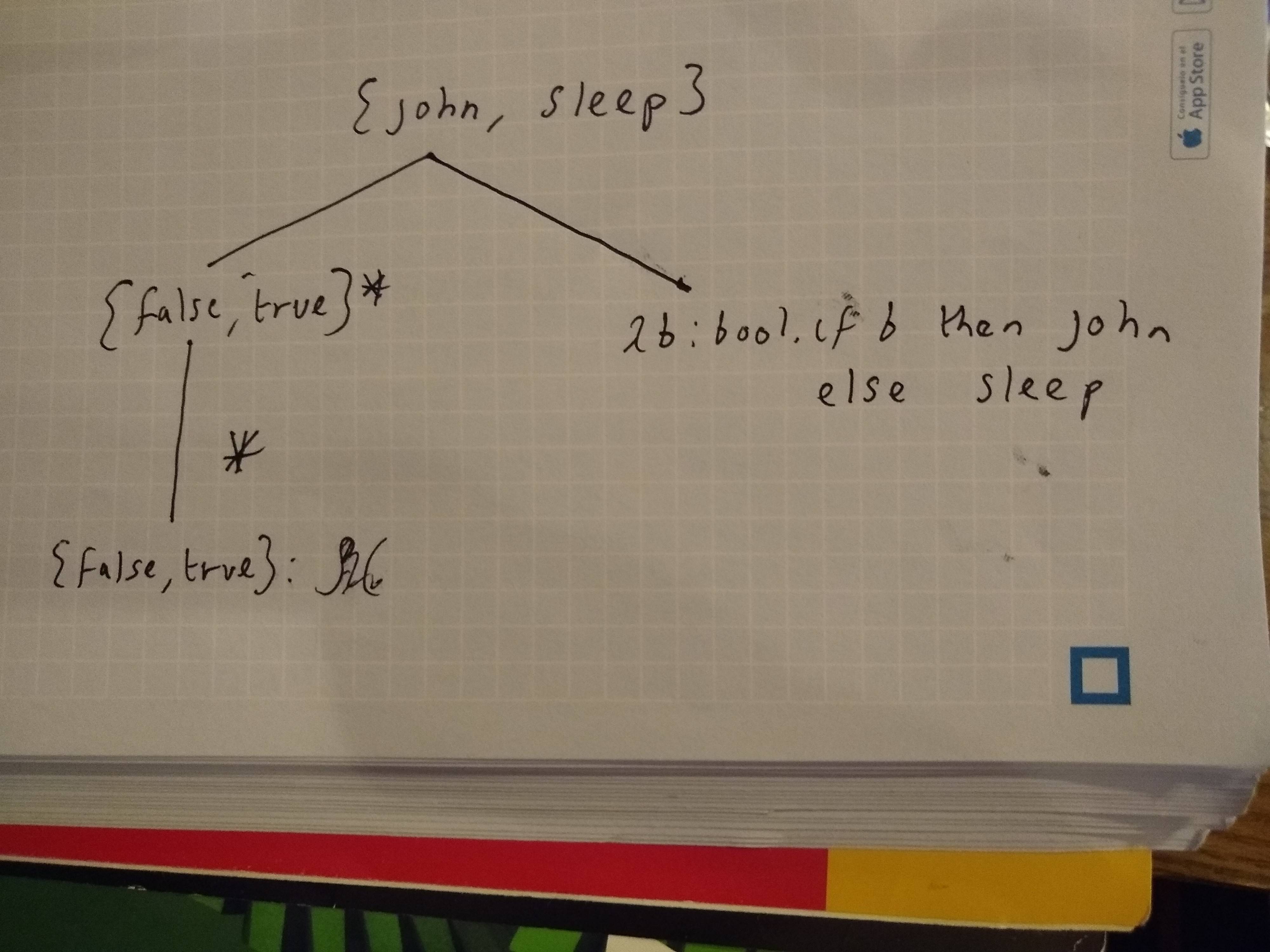 The powerset monad that you describe already does precisely what you are asking for:

The powerset monad is used to model non-determinism in programming. There we usually equip it with an additional operation that allows us to create a non-singleton set. So perhaps this is what you're asking for?

Not the answer you're looking for? Browse other questions tagged ct.category-theory trees monads or ask your own question.

24
What is known about the category of monads on Set?
22
"Functors between monads": what are these really called?
4
Families of Pointed Sets
23
What, mathematically speaking, does it mean to say that the continuation monad can simulate all monads?
4
$P = [-°,Set]$ is a contravariant co/lax idempotent monad, whose multiplication is determined by the unit
3
Semi-cocartesian operads
Question feed