How to check if a ternary cubic is a product of linear forms?

Let $F$ be a square-free (as a polynomial) ternary cubic form over $\mathbb{C}$, and let $H_F$ be its Hessian determinant... which is also a ternary cbic form. If $F$ splits over $\mathbb{C}$, so that it can be written as the product of three linearly independent linear forms (i.e., the $3 \times 3$ matrix formed by the coefficients of the three linear forms is non-singular), then one has that $F, H_F$ are proportional. Indeed, since $H_F$ is a covariant and any such $F$ is $\text{GL}_3(\mathbb{C})$-equivalent to $xyz$, it suffices to check this assertion for this form, and this is trivial.

Thus, a necessary condition for $F$ to split into linear factors over $\mathbb{C}$ is for $F, H_F$ to be proportional, but this is not sufficient by the example above. What additional condition is needed to ensure that $F$ is in fact a product of linear forms?

The condition that the Hessian determinant is a constant multiple of the original ternary cubic is necessary and sufficient for it to factor completely over the complex numbers. This was first published by S. Aronhold in 1849. There is a complete proof of both directions in a 2016 paper by G. Brookfield: 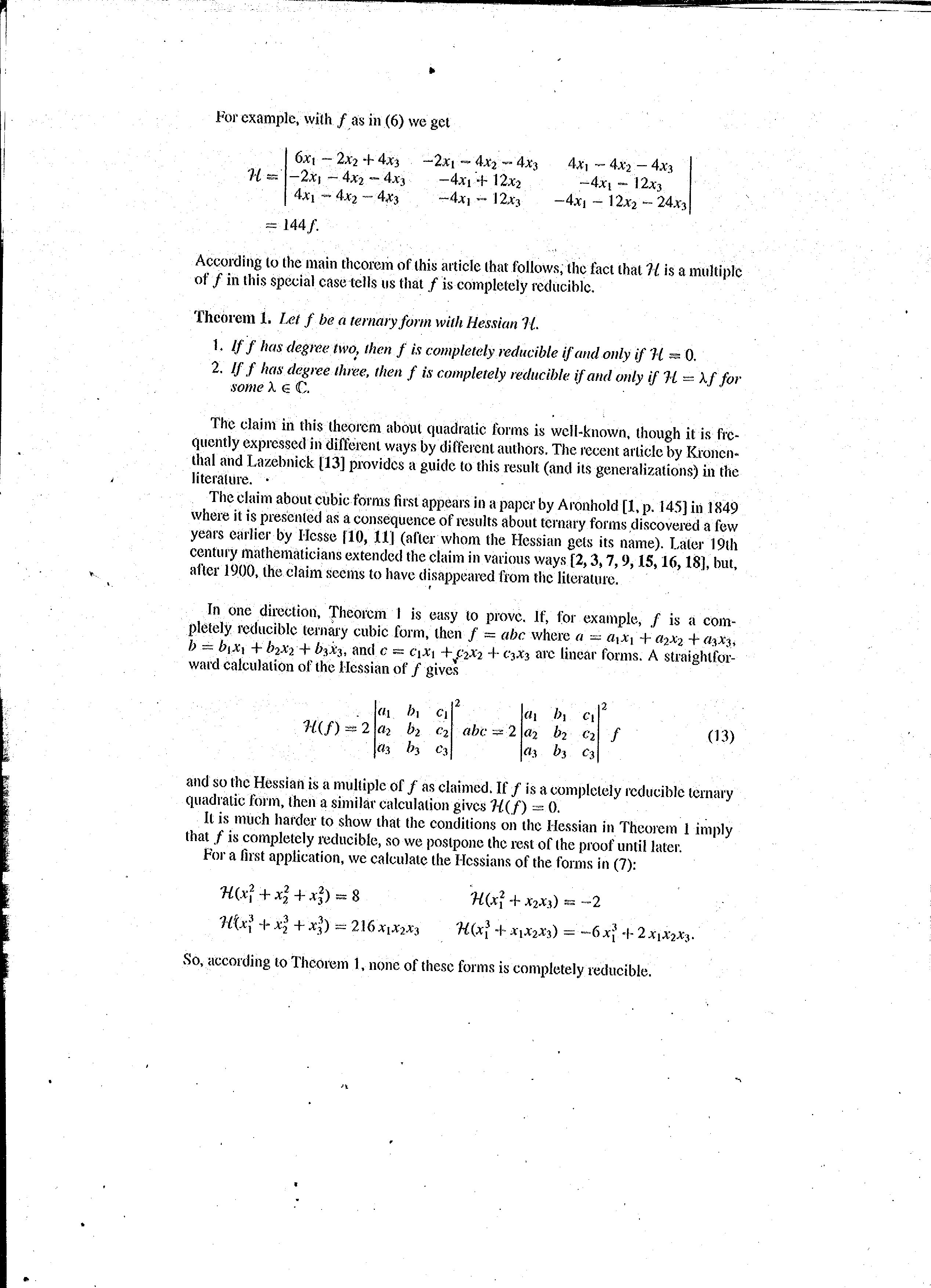 Sorry. The special fact you want is in a book by Schinzel called Polynomials with Special Regard to Reducibility 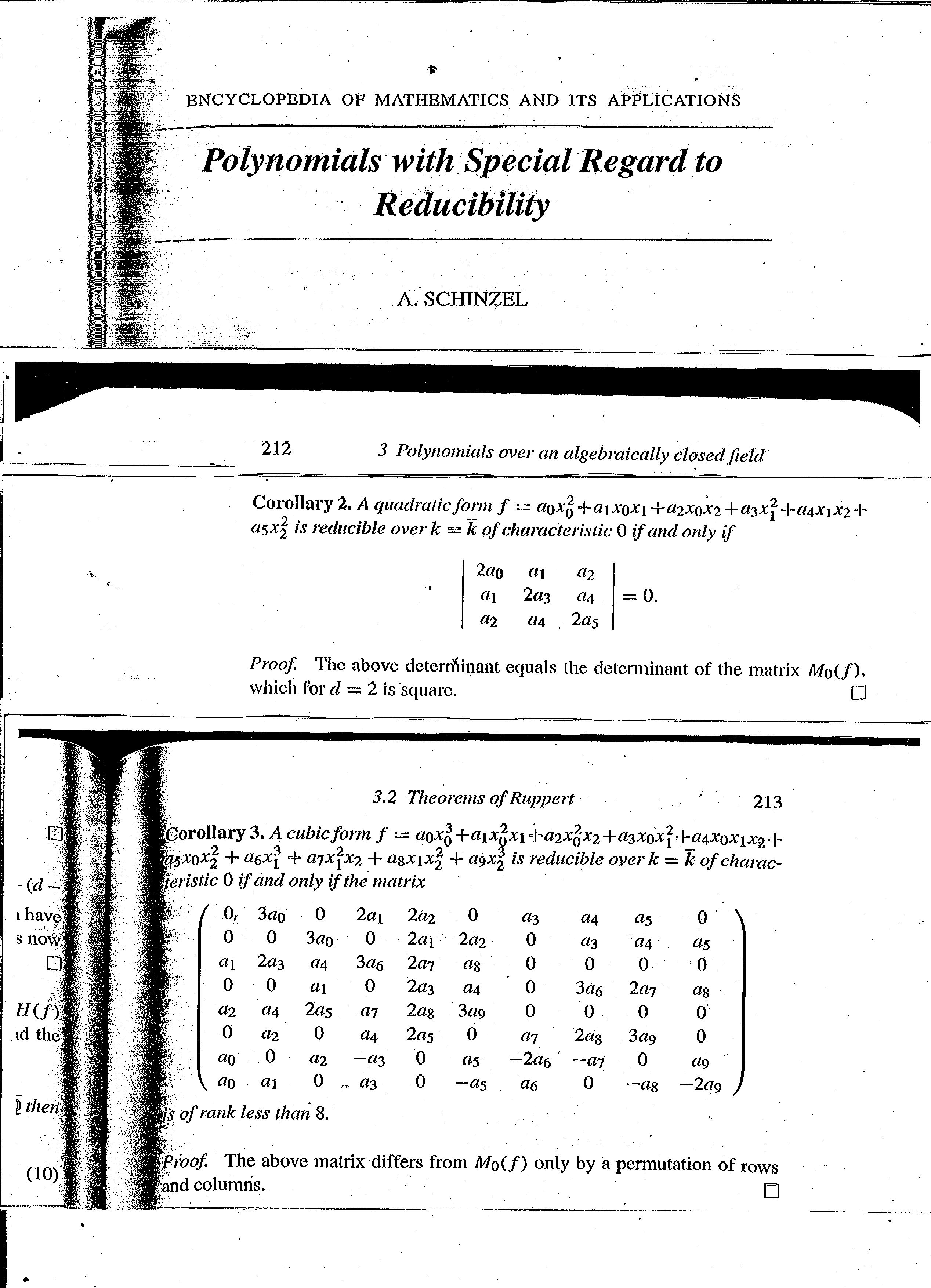 Not the answer you're looking for? Browse other questions tagged ag.algebraic-geometry classical-invariant-theory or ask your own question.

4
singular divisors in a complete linear system
11
When is the module of Kahler volume forms torsion-free?
16
How does one compute the space of algebraic global differential forms $\Omega^i(X)$ on an affine complex scheme $X$?
5
Hasse principle and its failure for a special class of plane cubics
1
Singular locus of a linear system of hyperplane sections
4
Weight 3 modular form associated to singular abelian surfaces?
3
factorization of homogeneous multivariable polynomials as sums of products of linear forms
Question feed