Problem. I have a solid torus and a solid cone in $\mathbb R^3$ and need an efficient algorithm that determines if they intersect or not.

The following paper shows how to compute the minimum distance between a canal surface, e.g., a torus, and a "simple surface," e.g, a cone. She reduces the computation to finding the roots of a polynomial equation in one variable. 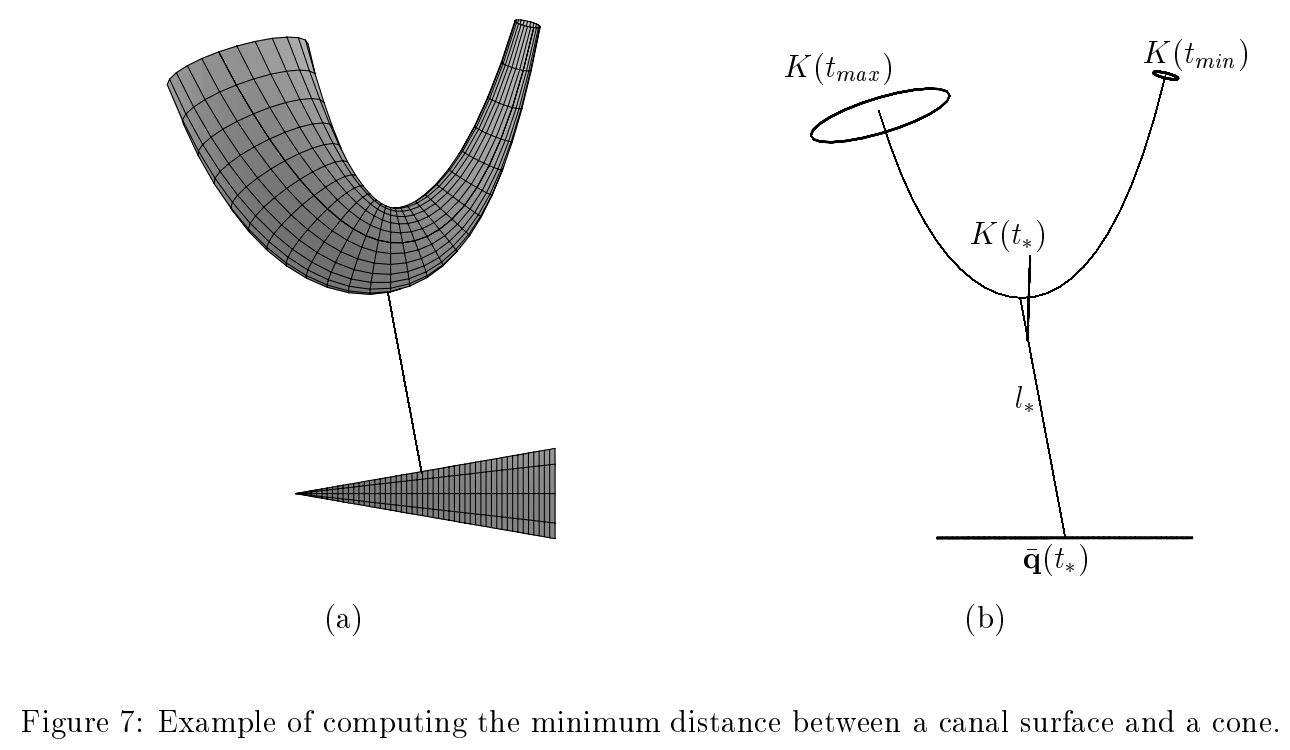 I believe the inclusions $K \supset T$ and $T \supset K$ can again be settled using the minimum distance calculation.

In my humble opinion, the only sensible method of solving this problem is to find a point $P$ on the torus (as a surface) such that the angle between $OP$ and the axis of the cone is the smallest. The problem can be simplified further once we take into account that a torus is a union of circles, and finding such a point $P$ on a circle is an easy exercise. (Better to chose small circles, because in this case if the axis goes through the circle, then we are done.)

By the way, if the axis goes through the hole of the torus, then the minimum is not necessarily unique.

Not the answer you're looking for? Browse other questions tagged mg.metric-geometry computational-geometry conic-sections or ask your own question.

4
How can I efficiently determine which side of a line segment is internal to the polygon?
6
The reflex-free hull: Construction?
2
Anuloid (Torus) x line intersection
7
Conic hulls and cones
2
Intersection of Cones in Three Space
30
Tiling of the plane with manholes
1
Generators for the affine automorphism group of the octagon
5
Calculating $n$-dimensional hypervolumes ($n \sim 50$), for example
Question feed