I believe that most iterated torus links cannot be changed non-trivially by a Conway mutation, as follows. If you look at the JSJ decomposition of the double-branched cover, then each satellite torus that appears in the iterated torus construction appears. Thus, you cannot have an essential torus that intersects these satellite tori non-trivially. If you look at the double-branched cover of a Conway mutation sphere, you get a torus; if the mutation is non-trivial, then the torus must be essential, and so it lives in one of the pieces of this JSJ decomposition. Then you analyze the purported essential torus a little more (essentially in the torus knot case) and see that it can't exist.

There's a bunch of details in fleshing out this argument. The JSJ decompositions of link complements are actually kind of intricate; I think this is the canonical reference:

JSJ-decompositions of knot and link complements in the 3-sphere https://arxiv.org/abs/math/0506523

But that paper doesn't mention mutation. I think this argument should be standard; is it written anywhere?

In case it matters, I'm interested in the case of links of algebraic singularities. The paper is pretty algebraic as a whole, and I'd really rather not take an extended detour into JSJ decompositions.

I don't think that it's that difficult to deduce this for prime iterated cable links. The point being that the preimage of a Conway sphere is an essential torus, so must be isotopic into a Seifert piece of the JSJ decomposition. But this torus must be saturated (foliated) by the Seifert fibers, hence the involution, which restricts to the elliptic involution on the torus, must send the fiber to its reverse. However, for a prime iterated cable link, one may see from the JSJ decomposition (described in Budney) that the boundary tori of the link complement are foliated by non-meridinal Seifert fibers, and that the fibration pulls back to the 2-fold branched cover. Hence the involution preserves the orientation of the fibers on each Seifert piece that meets the fixed point set, a contradiction.

One issue with this argument is that not every Seifert-fibered space admits a unique Seifert-fibering, and so one might have one fibering for which the involution reverses orientation, and another for which it preserves it. Examples of closed manifolds with non-unique Seifert fiberings are $S^3$, lens spaces, $T^3$, and a few others. But for irreducible manifolds with non-trivial JSJ decomposition, I think the Seifert-fibering is unique. It seems that these cases have been dealt with mostly in Appendix A.4 of Bonahon-Siebenmann.

The only case where this argument fails is for non-prime iterated torus links, such as the key chain link. 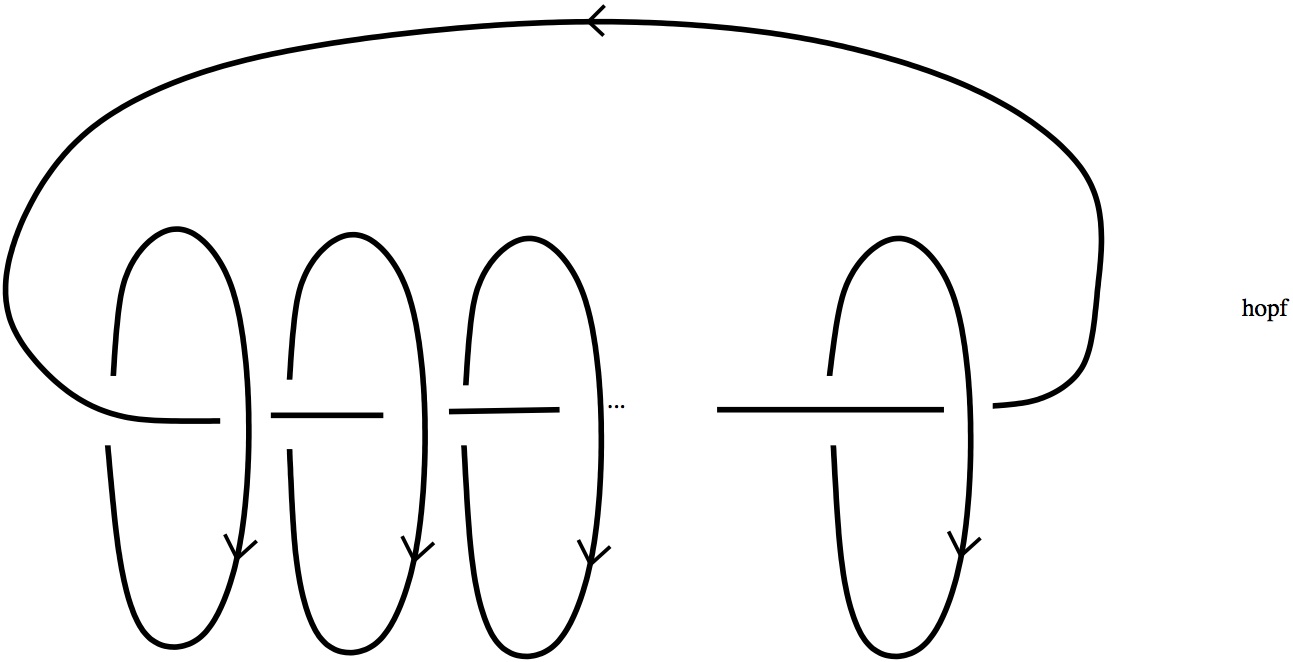 I still think that you can make the argument work here: the 2-fold cover of non-prime graph manifold links admits a graph manifold structure in the geometers sense: there exists a decomposition into submanifolds with $S^1$-actions, so that the actions commute on the torus interfaces. But now the action might have fixed points, so is not a Seifert fibering. These structures occur on manifolds which are collapsed in the sense of Cheeger-Gromov. Anyway, I think the Conway sphere/torus argument still gives a contradiction in this case, since the 2-fold cover still reverses Seifert fiberings. One just has to check that the Conway torus is still saturated, which I think can be done if it is incompressible.

Not the answer you're looking for? Browse other questions tagged gt.geometric-topology knot-link or ask your own question.

8
A conjecture of Montesinos
8
Surgery diagram for the Seifert-Weber space
11
Random links and $3$-manifolds
6
Given a link $L\subset S^3$ how to construct a link $L'$ whose complement have hyperbolic structure?
2
Classifying links with essential annuli in the complement as torus links
7
Can we cut and rotate a particular region of a hyperbolic 3-manifold to get another (non-homeomorphic) hyperbolic 3-manifold?
9
Does there exist a discrete gauge theory as a TQFT detecting the figure-8 knot?
11
Revisiting Gordon-Luecke theorem
Question feed