How to visualize Dirichlet’s unit theorem?

As the question title asks for, how do others "visualize" Dirichlet’s unit theorem? I just think of it as a result in algebraic number theory and not one in algebraic geometry. Bonus points for pictures. 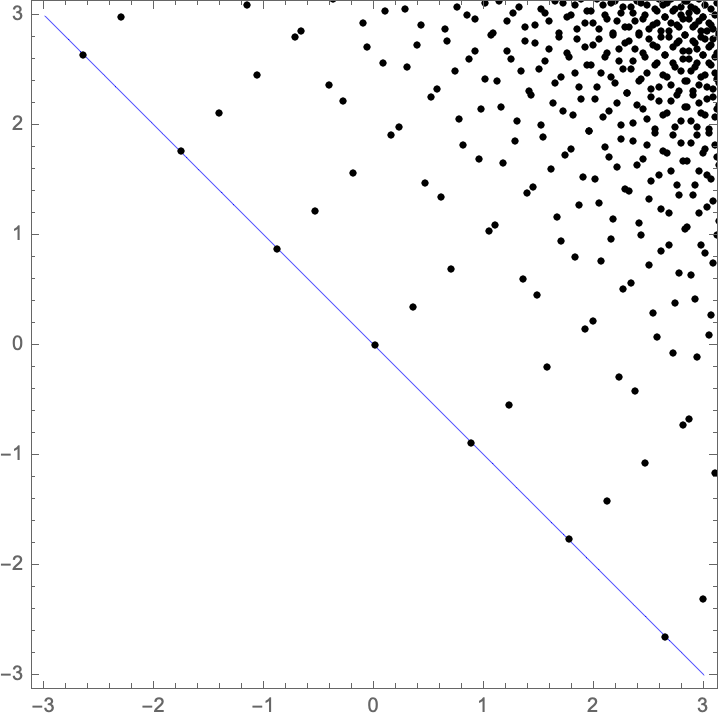 Here is an image of $\lambda(\mathbb{Z}[\sqrt{2}])$, with the hyperplane $H$ in blue. Notice that translation by a vector in $\lambda(\mathcal{O}_K) \cap H$ is a symmetry of the image; this corresponds to multiplication by a unit.

One viewpoint that is useful is to think of this as a special case of the theory of arithmetic groups via extension of scalars. First I need to describe a proof of the Dirichlet unit theorem via Mahler's compactness theorem.

To visualize this for a real quadratic number field, note that $X$ is the space of unit lattices in $\mathbb{R}^2$. Modding out by rotation, $SO(2)\backslash X$ is the modular curve $\mathbb{H}^2/PSL_2(\mathbb{Z})$. Then $Y$ in this case is a closed geodesic. Here is a picture from this paper by recent Fields medalist Akshay Venkatesh (and Einsiedler and Lindenstrauss and Michel):