to denominators of the form $k^\alpha$, which a commenter noted is covered by Theorem A of this paper.

I wonder, are there other references that can address the apparent positivity of the similar sum where the denominator is replaced by the sum of divisors of $k$, $\sigma(k)$?

Here is what the sum looks like at large $n$ as a function of $x$: 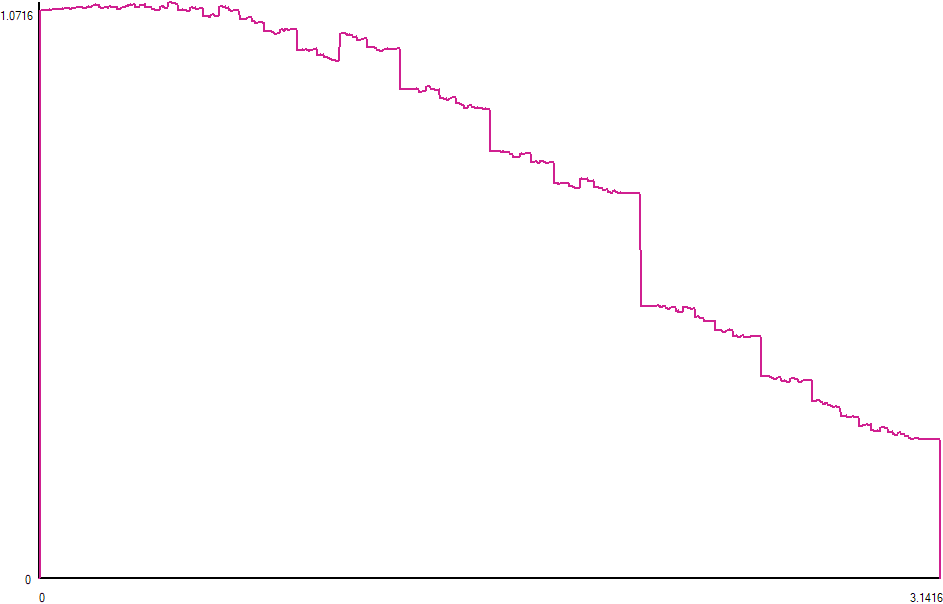 Can anything else be said about upper or lower bounds in the large $n$ limit?

16
Has this strong number theoretic conjecture of Euler been proved, and where could I find such a proof?
8
Arakelov divisor on $\operatorname{Spec } O_F$: places or embeddings?
3
A sieve with two parameters
3
Double max of a particular sum in Montgomery-Vaughan
13
A question on the sine function
4
$\sum_{k=1}^n\frac{\sin kx}{k^\alpha} >0\quad\text{for all}\ n=1,2,3,\ldots\ \text{and}\ 0<x<\pi, \text{and}\ \alpha \ge 1$
1
A possible axiomatic characterization of the set of divisors of a perfect number
Question feed