Q. Can every knot be realized as the trajectory of a spaceship weaving among a finite number of fixed planets, subject to gravity alone? 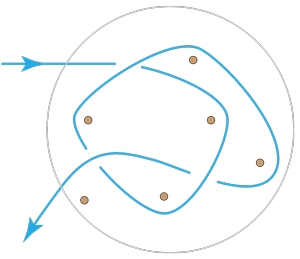 To make this more specific, let $S$ be a large sphere, containing a finite number of planet-points $P=\{p_1, \ldots, p_n\}$. The planet-points have (in general) different masses, and are fixed in $\mathbb{R}^3$. A spaceship $x$ approaches $S$ from $\infty$, interacts via gravity with the point masses, and eventually exits $S$ to $\infty$. Define the knot $K$ realized by the ship's trajectory as the path of $x$ plus a connection between the two ends at $\infty$. (Assume those two $\infty$-ends are distinct.)

Q'. For any given knot $K$, can one arrange point masses in $P \subset S$ and a line and speed of approach to $S$ so that $x$'s path weaves $K$ by interacting with the planets via gravity alone, i.e., without the use of rocket fuel?

One approach might be to design a "gadget" that mimics a vertex $v$ of a stick knot and $v$'s two incident segments. But preventing the vertex gadgets from interfering with one another might not be straightforward. 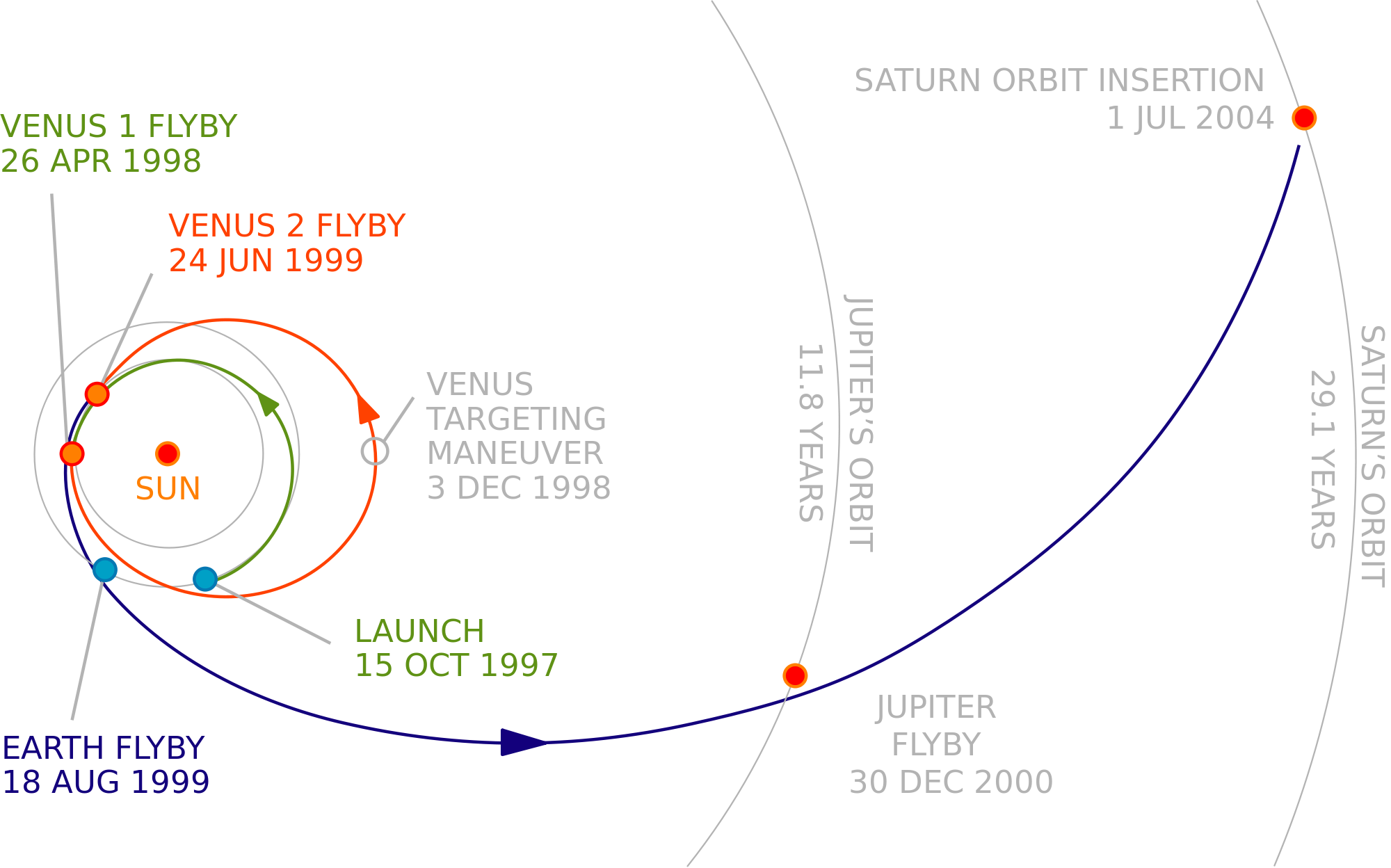 The short story is that with 2 or more large bodies, trajectory of a spacecraft is "chaotic", and hence under some conditions, it can be shown that horseshoe-type dynamics exist. In other words, if you label the regions around each large body with an alphabet, any arbitrary string of alphabets can be achieved"

Not the answer you're looking for? Browse other questions tagged mg.metric-geometry discrete-geometry knot-theory classical-mechanics stick-knots or ask your own question.

7
Which knots' stick numbers are twice their crossing numbers?
9
What are the statistics of prime knots in 3d Random walk?
4
Unknotting knots in 4D
2
Computing an Invariant for Knots via Braid Words?
3
Min Bend Orthogonal Knots
Question feed