Description of Linear Time Algorithm for TSP in Halin Graphs

I am looking for a description of the linear time algorithm for the TSP in Halin graphs, that was given in

Unfortunately that article isn't freely accessible online and if would a great help for me, if anyone could provide a (link to a) description of that algorithm.

I need that algorithm for checking a new TSP heuristic, that would be based on Halin graphs.

Here is what I could piece together from what is available online and some ruminations of my own:

The edgeset $E$ of a Halin graph $H(V,E),\ deg(v\in V)\ \ge 3,$ can be decomposed into two disjoint sets $T$ and $C$, where $T\cup V$ constitutes to a spanning tree of $H$ and $C\cup \lbrace v\in adj(C)\rbrace$ is a simple cycle through all and only the leafnodes of the spanning tree.

Among the interesting properties of Halin graphs are:

the following pictures illustrate what is done: 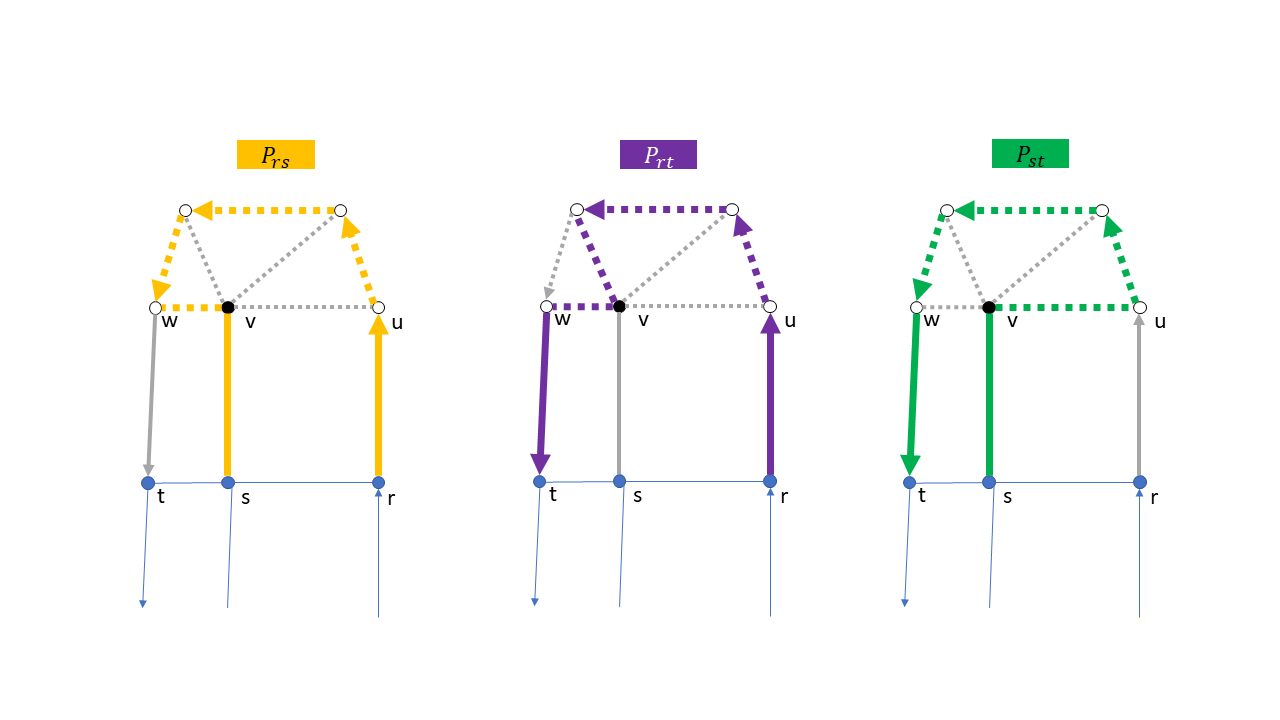 the three possible paths through a fan in a Halin graph; the weightsum of each path is distributed to two cutedges, depicted as solid thick lines.

The colored thick lines correspond to path edges, of which arrows are cycle-edges and undirected lines are tree edges.

Dashed lines are the fan edges that will be contracted; the colored ones are on the optimal path which in turn depends on the pair of given cutedges. 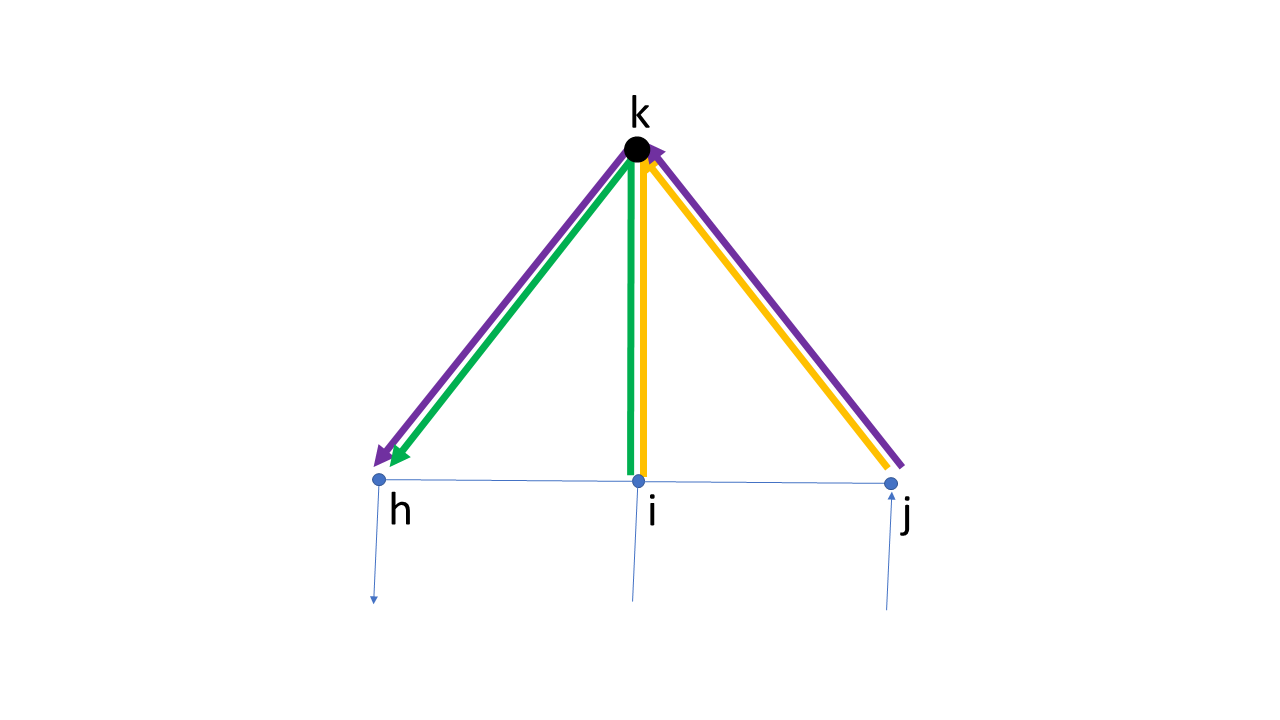 illustration of the distribution of pathlengths to pairs of cutedges.

It is also possible to shrink distinct pairs of fans simultaneously, whenever they are not connected via a single edge on the cycle.

Not the answer you're looking for? Browse other questions tagged co.combinatorics graph-theory algorithms combinatorial-optimization traveling-salesman-problem or ask your own question.

6
Maximum bipartite graph (1,n) “matching”
2
Do you know a shortes path algorithm for weighted graphs with hard time windows on the edges and waiting allowed?
6
Any reference to an algorithm for finding the largest empty circle on a sphere (with great-circle distance)?
6
Relevance of Landau's Algorithm for Denesting Radicals
Question feed