Limits in subcategories of Powerset-coalgebras 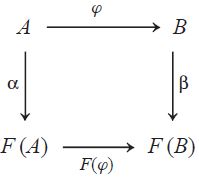 It is well known that if terminal (final) coalgebra exists then a structure map of the coalgebra should be isomorphism. It is easy to see that the category $Set_{\mathcal{P}}$ of all covariant powerset-coalgebras has no terminal object (since obviously there is no such set $A$ that $A\cong \mathcal{P}(A)$ holds).

The problem of existence of limits for coalgebras corresponding to general and particular functors was considered by various authors, the last I was able to find, is "H. Peter Gumm & Tobias Schroder, Products of coalgebras, Algebra Universalis 46 (2001) 163 – 185." where the autors generalized known for the moment results.

In particular Gumm & Schroder prove the category of $F$-coalgebras is complete, that is products and equalizers exist, provided that the functor $F$ is bounded or preserves mono sources. This generalizes and simplifies a result of Worrell, for a functor $F:Set\to Set$ J. Worrell was able to show that $Set_F$ is complete (where $Set_{F}$ is the category of all $F$-coalgebras), that is products and equalizers exist, provided the functor $F$ weakly preserves pullbacks and $F$ is bounded.

Since $P_{\omega}$, the finite powerset functor is bounded (by $\omega$), hence the class of all coalgebras of $P_{\omega}$, is complete. But I am not able to find any other further development toward powerset coalgebras.

Thus I am looking for (reference on) further development of the theory, in particular are there known:

Q.1. What are other known possible complete subclasses (subcategories) of powerset coalgebras?

Q.2. What are examples of incomplete subclasses of powerset coalgebras where construction (in a uniform way??) of existing products is known?

Browse other questions tagged reference-request ct.category-theory coalgebras modal-logic or ask your own question.