A convex polyhedron, whose faces are regular polygons (2D polytopes).

This includes the 92 Johnson solids, 13 Archimedean solids, 5 Platonic solids and two infinite familes - prisms and antiprisms.
However, I see two ways of extending this definition to 4D:

The list I gave above is known to be complete. But is there (at least partial) progress on the 4D case? The second definition is much more restrictive, so maybe a complete classification of polychora, which satisfy 2) exists. Can you point me to some reference, please?

There is some information on your first extension to 4D in Anton Sherwood's Johnson solids webpages. He calls the class CRFs: convex and regular-faced. A subset of your second extension to 4D was apparently studied by Roswitha Blind in 1979: convex, with facets regular polyhedra, but not necessarily uniform. Although there is a wealth of information in these webpages, I am not finding it easy to extract a clear status summary. 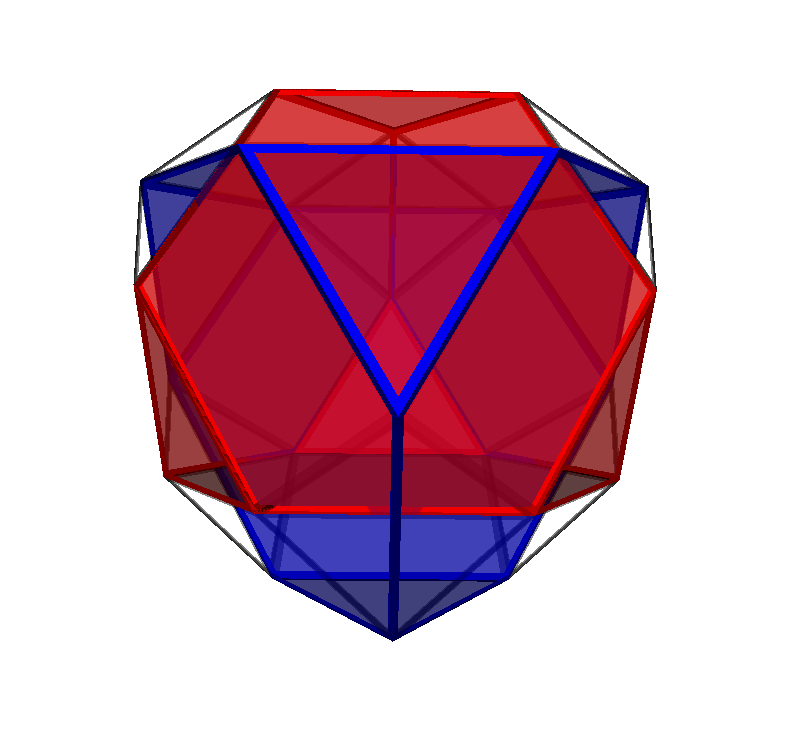 Not the answer you're looking for? Browse other questions tagged discrete-geometry convex-polytopes classification or ask your own question.

3
4-polytopes with only one kind of regular facet

11
Database of polyhedra
8
Which (semi)regular polyhedra are combinations of two others?
14
Are the Platonic solids shadows of 4-polytopes?
9
Regular polygon shadows of convex polyhedra
2
Max/min problems related to associahedra or their duals (ions on balls revisited)
4
regular polyhedra (and polytopes) in hyperbolic geometry, and generalisations
5
Classification of vertex-transitive zonotopes
16
Can I build infinitely many polytopes from only finitely many prescribed facets?
9
What is the convex hull of the quaternionic symmetries of the 3 dimensional cube?
Question feed