(This is a repost of this question from 18 months ago on the main Mathematics SE site, as the response there has been underwhelming, and I thought here would be a better authority. As you can probably tell, I am rather inexperienced on the professional scene.)

While messing around in this Wolfram Demonstrations applet, I found a suspicious pattern, in which I could see physical similarities between the path of the first object, the path of the second object at a later time, and even the path of the third object at an even later time. Through gradually tweaking that set of initial conditions, I was able to find an apparently new solution to the equal-mass three-body problem that wasn't listed here.

Here are the initial conditions, with my restrictions in parentheses:

(I would estimate the uncertainty for all parameters to be roughly $0.01$ in either direction. It would be smaller, but a slight change in the position parameter can be practically canceled out by a slight change in one or both of the velocity parameters, apparently resulting in a relatively 2D structure in 3D parameter space.) This gives an approximate choreography with period $p\approx 17.0874$, shaped somewhat like a rosette: 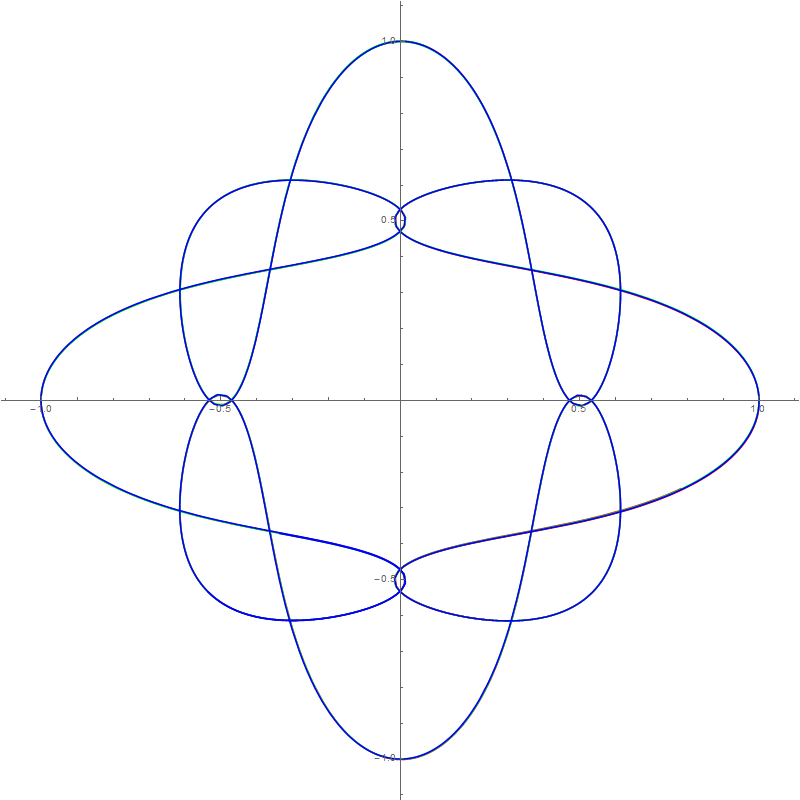 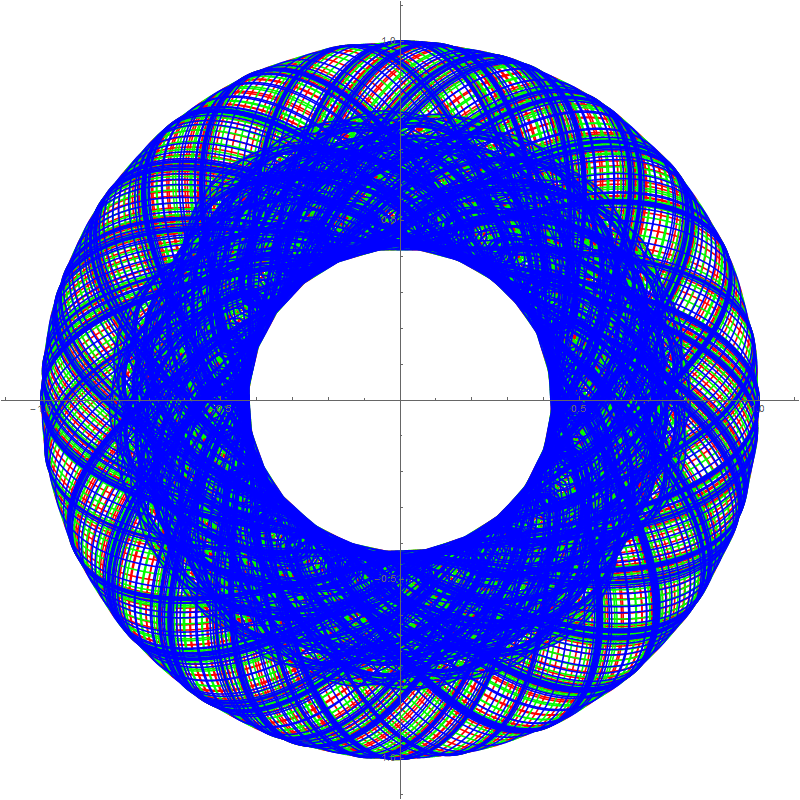 At this point, what algorithms or heuristics should I use to increase the precision of the parameters (for example, trying to make the paths match over increasing lengths of time)? Is this system even new? (It seems way too simple to be new, but this relationship doesn't always hold true.) Is this question even relevant on the research scene?

This is known, as Šuvakov redirected me to "Three on a Celtic Knot" at http://www.maths.manchester.ac.uk/~jm/Choreographies/ after I emailed him about the subject.

1
What is the name of this special function?
7
How to study the global stability for this 3D system?
6
Are nuclear operators closed under extensions?
1
Understanding the Time Delay of Arrival trilateration algorithm
4
Lebesgue–Stieltjes measure construction on $\mathbb{R}^n$
2
Critical Reynolds numbers for turbulence in 3D and 2D planar Couette flows
Question feed