At the moment I want to estimate the fractal dimension of the Rössler attractor. I have written a program, which is counting the boxes hitted N(ɛ) (with ɛ := side length of boxes) by a trajectory on the attractor. The trajectory is calculated numerically. So for a rising number of iterations, N(ɛ) is rising, like it is shown in the following graph (for ɛ = 1/128, horizontal axis is for iterations, vertical axis for N(ɛ)).

Graph for N(ɛ) against iterations: 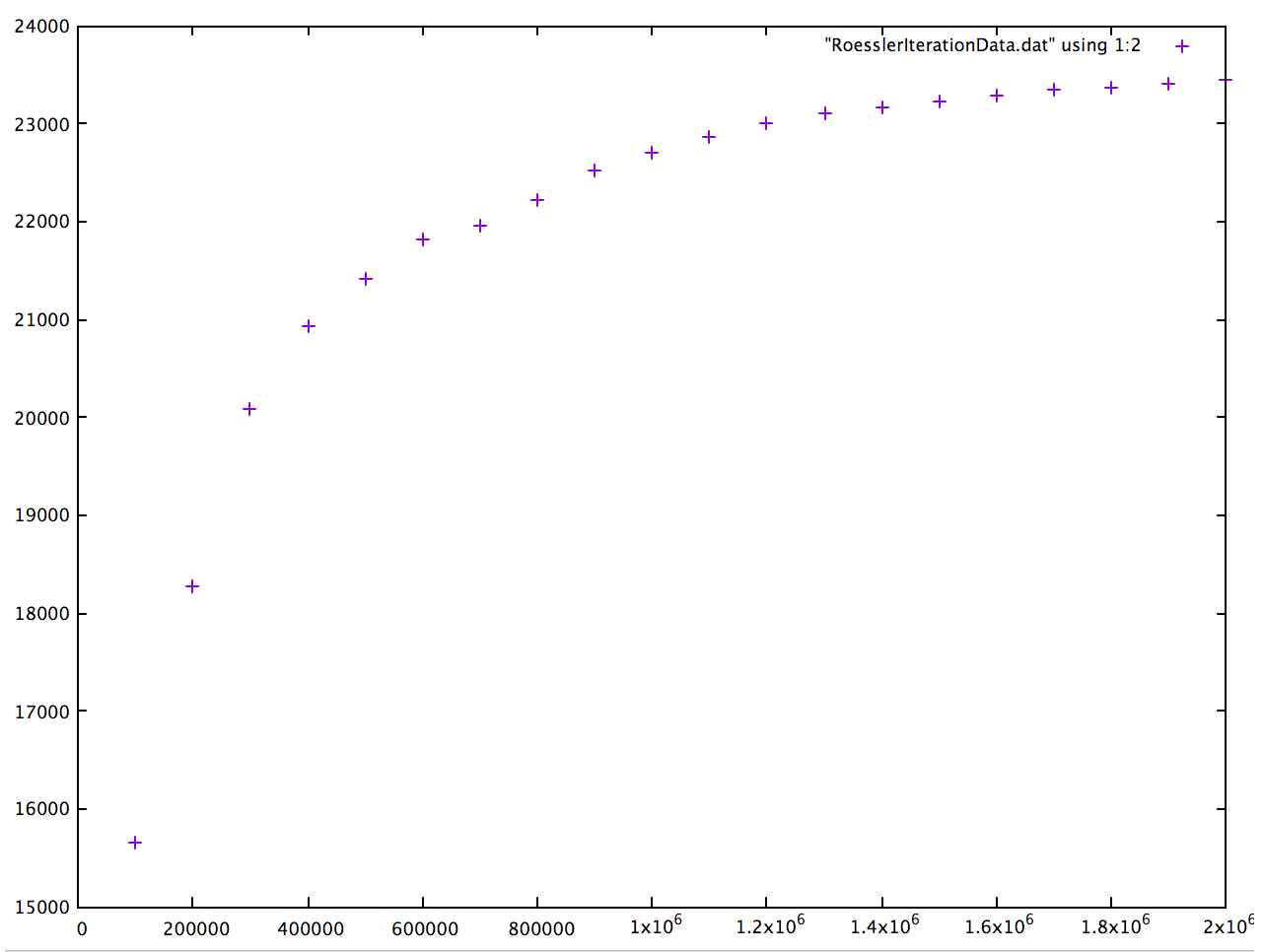 Question What is known about the (algebraic ?) convergence of N(ɛ) (boxes bitted by a trajectory on the attractor) for strange attractors ?

Browse other questions tagged na.numerical-analysis limits-and-convergence fractals chaos or ask your own question.