Some question about a new type of graphs 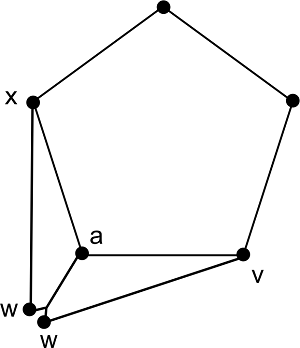 It is well known that in this way one obtains a one-to-one correspondence between undirected graphs and those multiflag graphs for which $\mathscr V$ is not only a cover but also a partition of $F$, i.e. satisfies $F_1\cap F_2=\varnothing$ for $F_1\ne F_2$, $F_1,F_2\in\mathscr V$. In this case to each element of $F$ corresponds a unique element of $\mathscr V$ (the one containing it), and one usually pictures flags as "half-edges" $\bullet\!-$, with $\tau$ interchanging two half-edges forming an edge (like ${\bullet\!-}{-\!\bullet}$).

If one drops this additional restriction one can include examples like yours: for 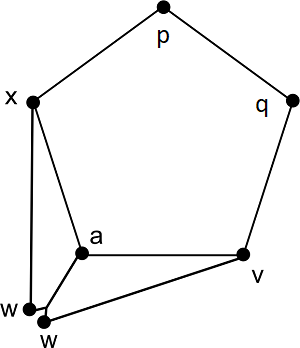 Not the answer you're looking for? Browse other questions tagged graph-theory graph-colorings or ask your own question.