How many positions of a tiling polygon can occur simultaneousy?

Let $T$ be a polygon which tiles the plane. For an instance of $T$ (mirrored or not), call the set of its translates a position of $T$.

Call this number $p(\mathcal T)$ and define for a tile $p(T):=\max_{\mathcal T} p(\mathcal T)$.
For example, the Voderberg tile has $p(T)\ge60$ and supposedly $p(T)=60$.
But is it even clear that $p(T)$ is always finite? Theoretically a tile containing irrational angles might occur in infinitely many positions, or is there an easy combinatorial argument against that?

A related probably easier question arises if we require $T$ to be convex.

The picture shows a tiling of a certain pentagon with $p(\mathcal T)=12$, where the $12$ marked tiles form a fundamental domain.
It comes from the bottom right tiling of this picture quoted here. 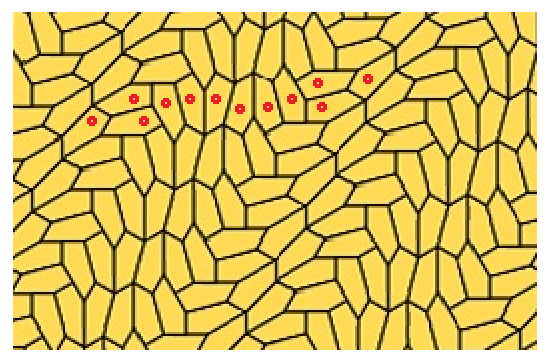 Note that the Voderberg tilings cannot be reduced to tilings with isoceles 12-degree triangles. But in fact, talking about triangles: by subdividing the regular hexagon paving, we see that the triangle $T$ with angles $30°,60°,90°$ has already $p(T)=12$, so there is no need for "sophisticated" tilings as the above to illustrate the (supposedly) extremal case. But I'll keep the picture because of the funny symmetries (with two privileged "directions") which that particular tiling exhibits.

Infinitely many, even for a triangle. 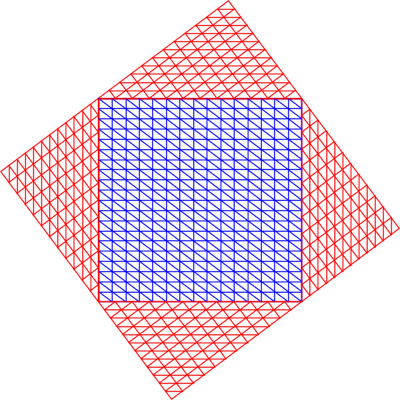 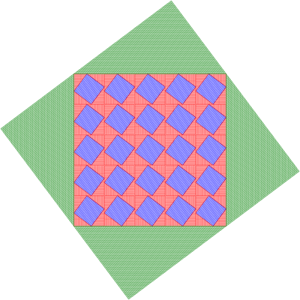 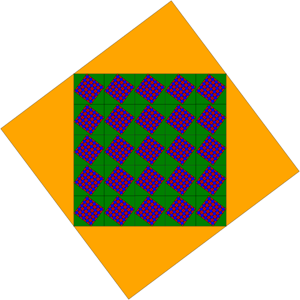 Not the answer you're looking for? Browse other questions tagged co.combinatorics mg.metric-geometry tiling extremal-combinatorics or ask your own question.

27
Terrible tilers for covering the plane
3
How many positions of a tile can occur in a periodic tiling?
1
Are there polygonal tilings with infinitely many positions, each (or at least one) occurring infinitely often?

3
Radial tilings with variable area ratios
33
Tiling the plane with incongruent isosceles triangles
27
Terrible tilers for covering the plane
1
Are there polygonal tilings with infinitely many positions, each (or at least one) occurring infinitely often?
10
Tiling with incommensurate triangles
12
Random Walk on Pentagonal Tiling
3
Monotile that tiles when you apply a rubber band
Question feed