Question about denoting/designating of algebraic structures

I saw this image on Wikipedia (Template:Group-like structures, current revision): 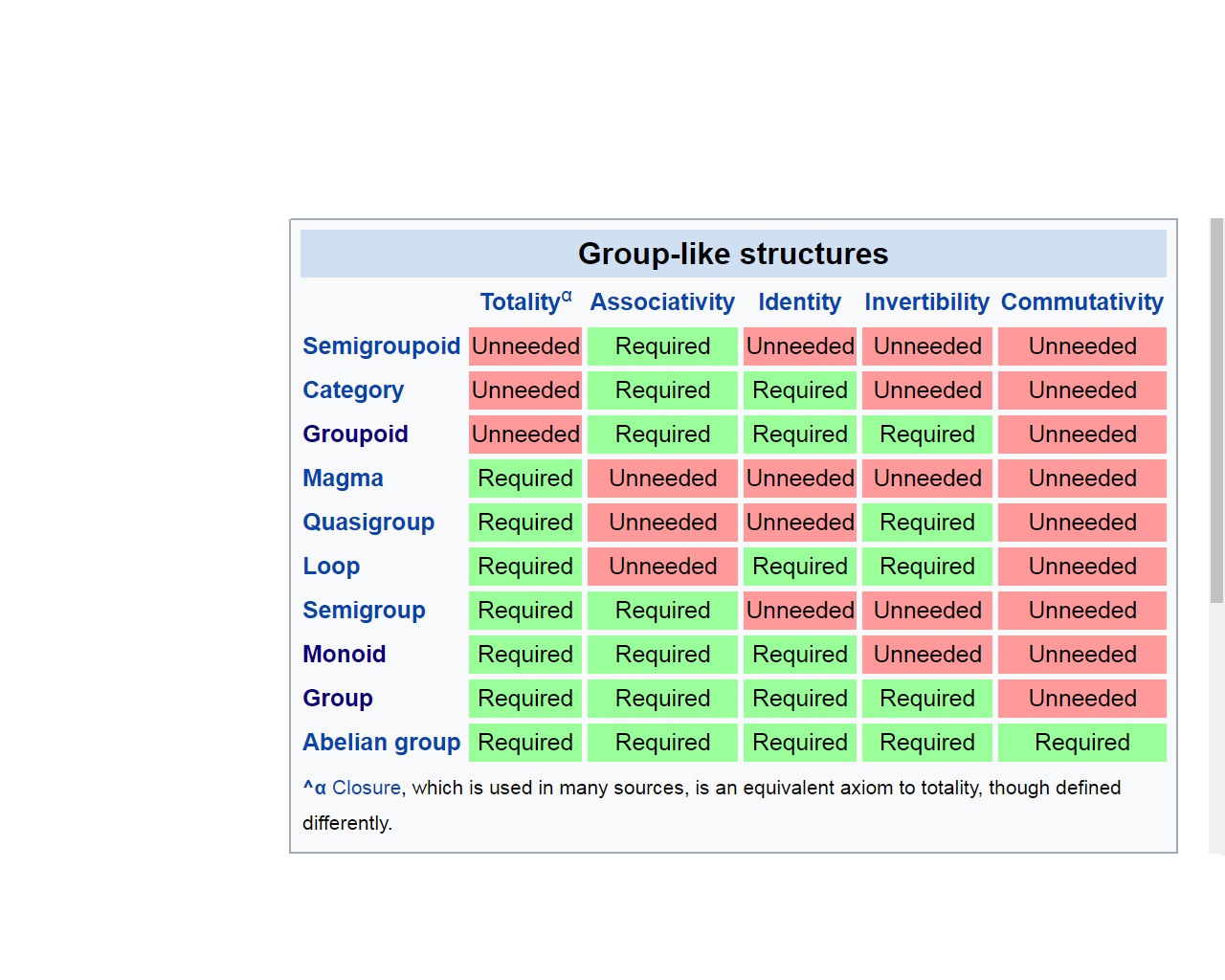 It could be that among other $21$ structures not listed here some are also studied and have a name but as the number of operations on a structure increases or/and as a number of properties of operations increases, then it would be very hard to remember the names of all structures, so I would like to propose the following:

If we denote totality by $T$, associativity by $A$, identity by $I$, invertibility by $In$ and commutativity by $C$, then we could denote a group as a $(T,A,I,In)$ structure. where it is immediately seen that group has properties of totality, associativity, has an identity, and every element has an inverse.

Another example, loop would be $(T,I,In)$ structure.

All of this can be made more precise but it is just some start, so maybe more rigour is needed.

This could be more generalized to structures over which there are more than one operation defined, but I will not do that here, I just want to ask:

Is this a well-known approach to designation of algebraic structures? Has anything similar been done? Would this lead to simplifications of some sort? What are your thoughts about this approach?

As Gerhard Paseman mentions, you should definitely look up Universal Algebra. Also worth a read is the wikipedia page Outline of algebraic structures. You will encounter a link to Jipsen's list of algebraic structures -- currently at 328, but that cheats a little because it includes a lot of structures with many symbols (and even many sorts). My old question on this topic similarly didn't get any takers.

If you continue with this line of thinking, you will eventually ask the same question of other structures -- in particular, of logics. Because, well, logics can also be seen as theories, in a meta-logic. And there you'll find John Halleck's list invaluable.

But these are 'just lists', and do not have kind of systematic exploration. As far as being systematic, the only attempt that I am aware of is ⟨warning, self-promotion ahead⟩ my work on the MathScheme Library, as part of the MathScheme project.

Long story short: at the 'bottom' of the hierarchy, almost every theory has been given a name. Every time I think I've found the 'smallest' one which is new, I subsequently find that it has been looked at before. The only ones that seem to be nameless are ones with quite odd. For example, theories involving $\left(x*y\right)*x = x*y$ as an (apparently nameless?) axiom.

7
Does the property (x*y)*x = x*y have a name?
5
The graph of algebraic theories