What is an "integrable hierarchy"? (to a mathematician)

This is one of those "what is an $X$?" questions so let me apologize in advance.

By now I have already encountered the phrase "integrable hierarchy" in mathematical contexts (in particular the so called "Kdv hierarchy" which is apparently related to enumerative geometry of curves in some ways which are a total mystery to me) enough times to care about the meaning of these words.

However when i type these words in google most of the results are links to physics papers and I haven't been able to find anything clarifying about the meaning of this phrase, let alone a precise mathematical definition. Hence the question:

What is an integrable hierarchy? Where do they come from? What are their applications?

EDIT: Let me emphasize that this question is mainly about the "hierarchy" part. I understand (at least on a basic level) what is an integrable system and I know of several good mathematical references for this topic. The emphasis here is on what constitutes an integrable hierarchy as apposed to a plain old "integrable system".

An integrable hierarchy is another name for a system of commuting Hamiltonian flows. The word "hierarchy" is used because a countably infinite number of commuting flows is obtained recursively.
[For the definition of a commuting flow, see for example the first part of this MO question.]

They arise from integrals of motion which are in involution (meaning that the Poisson bracket of any pair vanishes).

Commuting flows are useful, because they can be solved by the inverse scattering transform technique.

For an introduction from a mathematical perspective, see for example Introduction to integrable systems: open Toda lattice, KP, and KdV-hierarchies.

One more remark perhaps as a supplement to the existing answers, to further motivate the term hierarchy.

Each choice of polynomial $p$ gives a flow, and these together form the "hierarchy" (it's even better to think of this as the abelian group of polynomials acting on Jacobi matrices). So it's not just a random collection of flows that happen to commute (and act by unitary conjugation), the individuals flows of a hierarchy all come from the same construction.

Of course, this is only one point of view, and quite a few different approaches are possible too. I'm about to finish a paper that will give center stage to another property of Toda flows, namely the existence of an associated cocycle for the action of $G=\mathbb R\times \mathbb Z$, where the action of $\mathbb R$ implements the flow and $\mathbb Z$ acts by shifting the coefficients. This property too can be made the starting point of the construction of the whole hierarchy.

That didn't really address the original question, but the (disappointing) answer to that is simply, I believe, that "integrable hierarchy" is a term like "trigonometric function:" given some background in the area, you know what it refers to without ever having defined it rigorously.

A great starting point for learning integrable hierarchies is Jimbo-Miwa-Date: 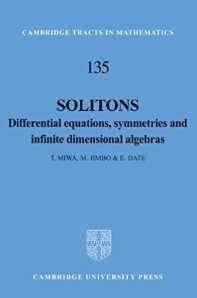 They start off with the KdV equation, and observe it has a very large space of symmetries. So we can take a solution and boostrap it to generate other solutions.

However, I suspect the more attractive features of these equations are the integrals of motion:

and we can check these are integrals of motion using the rules of ordinary calculus, showing that $\frac{\partial}{\partial t} \int [\dots ] \,dx = 0$.

I was never 100% sure about these two styles of studying PDE. One generates solutions using algebraic manipulations, another studying the well-posedness conditions and things like that.

Huygens' principle leads to the KdV hierarchy, Schrödinger equation and many other famous equations. In that case, we are studying the scattering of light: rainbows. 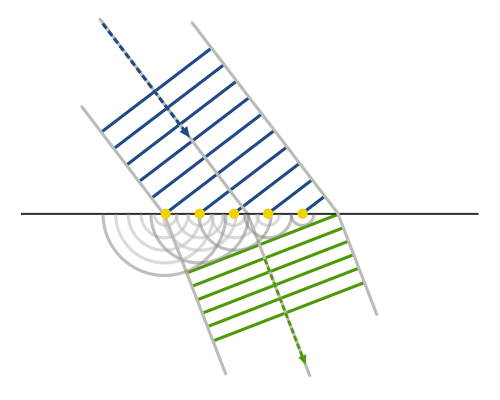 In brief, an integrable hierarchy is an infinite (usually countable) set of integrable partial differential systems such that any two systems in this set are compatible. Such hierarchies are usually generated by recursion operators or master symmetries, cf. e.g. the introduction of this recent paper and the references given there regarding the recursion operators and this book and references therein regarding master symmetries.

Not the answer you're looking for? Browse other questions tagged ap.analysis-of-pdes mp.mathematical-physics sg.symplectic-geometry integrable-systems enumerative-geometry or ask your own question.

4
When do commuting Hamiltonian flows have commuting generators?