Consider the projection of a knot $K$ having $n$ intersections, such as this: 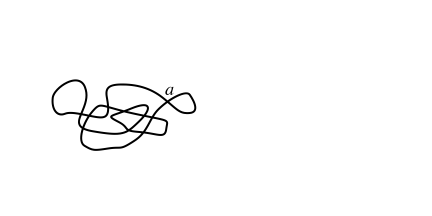 Assume we have prior information that the source knot is equally likely to be any one of the distinguishable knots having this particular projection. (One of these candidate knots is of course the trivial knot or un-knot.)

Consider an algorithm that can select and query any intersection to determine its crossing, all with a goal of determining whether the source knot $K$ is trivial or not. Note that not all intersections need be queried in order to determine this state--for instance intersection $a$ in this projection need never be queried to know that the knot is not trivial. 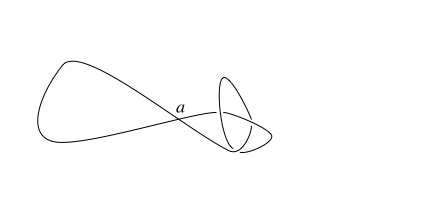 Moreover, the crossing status of some intersections can make other crossings uninformative to the task at hand.)

Suppose there is a unit cost for querying any intersection in this way. Is there an algorithm that has the lowest average total cost (total intersections queried) to determine if $K$ is trivial or not, when applied to all distinguishable knots whose projections have a given projection? What is the average expected cost, as a function of $n$, say? Can this algorithm be related to solving for a knot invariant, such as the Alexander polynomial?

(Note that this question is related to, but differs from, the problem of assigning crossings in order to unknot a given knot or from determining whether the source knot is trivial given all of the crossing information.)

Browse other questions tagged knot-theory or ask your own question.

36
Probabilistic knot theory
8
$\omega$-triviality of knots?
10
Number of the Reidemeister moves needed to transform one diagram into another one
4
Some questions about ideal knots
17
What is the state of the art for algorithmic knot simplification?
6
Algorithm for computing the Arf invariant of a knot
9
How many different knot types can have the same shadow (projection)
51
How to add essentially new knots to the universe?
Question feed