Lower bound on the individualization set for $k$-iso-regular graphs ( degree at max three )?

Assume graphs of degree at most three for this question.

A graph is said to be k-isoregular if for every subset $S$ of at most $k$ vertices the number common neighbors of the elements of $S$ depends only on the isomorphism type of the subgraph induced by $S$. The $k$-dimensional Weisfeiler Lehman fails on $k$-iso-regular regular graphs. $k$ is a constant here, definitely if $k = O(n)$ then $k$-dimensional Weisfeiler Lehman will work correctly.

Small example of an iso-regular graph: 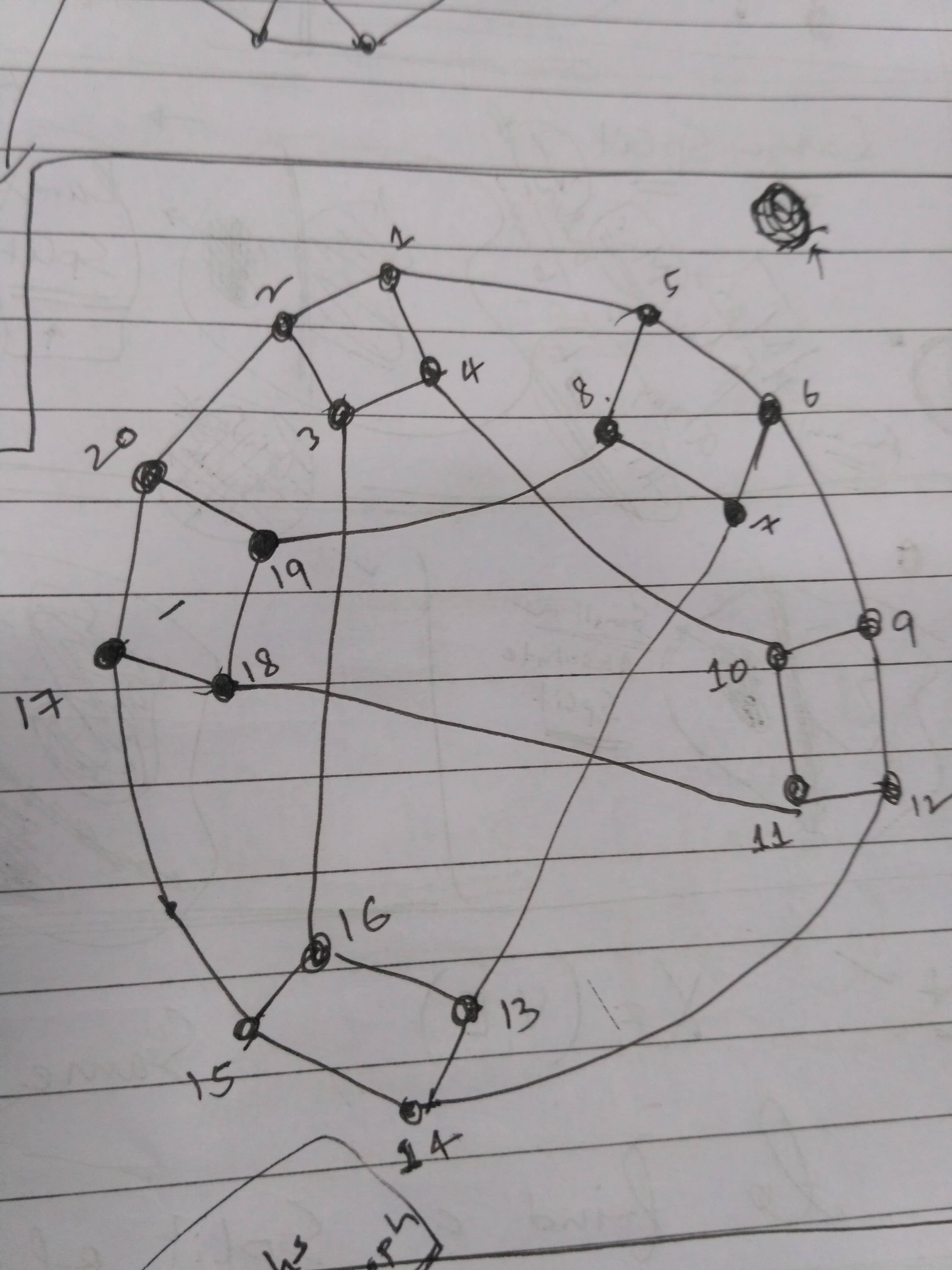 If you are looking for results in the literature you need to be sure you are using a definition that others use. Do you have a reference for your definition of $k$-iso-regular? The definition I am familiar with is that for any set of up to $k$ vertices the number of common neighbors depends only on the isomorphism type of the induced graph on those vertices so:

also For graphs of bounded degree ,GI is decidable in polynomial time.

Not the answer you're looking for? Browse other questions tagged reference-request co.combinatorics graph-theory isomorphism-testing or ask your own question.