What part do arguments from authority play in mathematical reasoning?

In forming your answer you may choose to address any or all of the following aspects of the question:

Appeals-to-authority, of course, are widely regarded in many contexts as logical flaws, as something to be avoided in logical discourse. But I believe that there is a sense, nevertheless, in which appeals-to-authority are a commonplace in mathematics. Namely, we all cite other mathematician's work in our own work, and such citations amount in a sense to an appeal to authority, appealing to the authority of that other mathematician and of the editors and referees of that journal that the cited theorem is correct, even though a proof of it is not immediately given in the citing text. Although it is sometimes stated that a mathematician should only cite work that he or she has personally checked in detail, this suggestion is surely not universally observed. In any case, even when it is observed, the citation itself still does not provide the full logical force of the conclusion that is drawn from it---one must still trust the cited theorem in order to proceed with the logical conclusion at hand. Thus, I find it to be essentially an appeal to authority.

But this kind of appeal to authority seems relatively mild in comparison with the truly objectionable kind one might imagine in other contexts. The reason is the open nature of the appeal; it can in principle be checked. That is, when we cite a published theorem, our readers can in principle look up the proof of that theorem themselves and determine if it is correct.

A more pernicious instance of appeal-to-authority, of course, would be less open, and not easily checkable. Although such appeals sometimes occur in mathematics, I believe that most mathematicians do not regard them as constituting proof. And so I don't think that we actually have a problem with this. Rather, when a mathematicians says that so-and-so famous mathematician asserts $X$, then I think that this by itself is rarely taken as a proof of $X$. Instead, it is taken as an indication that there likely is a proof of $X$, and that perhaps that famous mathematician has such a proof, and that perhaps we might search for such a proof ourselves.

You could interpret your question outside of the context of mathematical proof. It seems like your question was phrased broadly-enough to allow this interpretation.

There are what are perhaps the most subjective aspects of mathematical reasoning:

1) What questions do we consider important?

2) What results do we consider worthy of publication?

3) What do we consider worthy of teaching our students?

I suppose this is a type of metamathematical reasoning. But arguments from authority frequently get used in these situations.

Especially in grad school I seemed to encounter far too many people with fantastical images of certain mathematicians, frequently fields-medalists, sometimes with little understanding of what these people have accomplished. The further I get from grad school the less of this I see, thankfully.

I can't bear to just post the links as comments, so please forgive an answer that recalls two Sidney Harris cartoons: 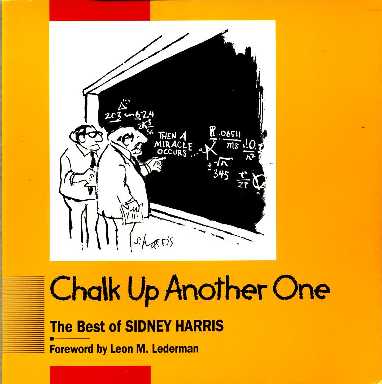 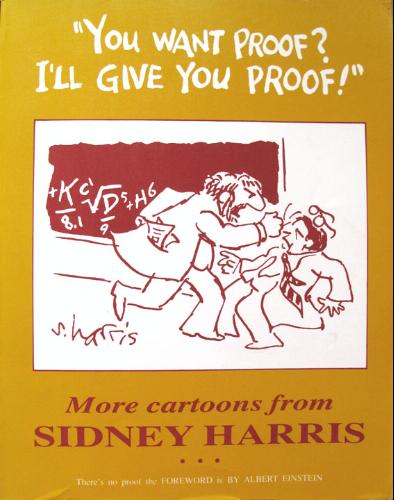 Not the answer you're looking for? Browse other questions tagged ho.history-overview intuition or ask your own question.

37
Were Bourbaki committed to set-theoretical reductionism?
53
Abstract Thought vs Calculation
6
Historical questions on the term “general abstract nonsense”
34
Wanted, dead or alive: Have you seen this curve? (circular variant of cardioid)
40
Did Euler prove theorems by example?
20
Can one prove the elementary divisor theorem for PIDs by elementary matrix operations?
40
Did Hilbert laugh?
51
The Logic of Buddha: A Formal Approach
Question feed