Square lying on moving chord of a simple closed curve 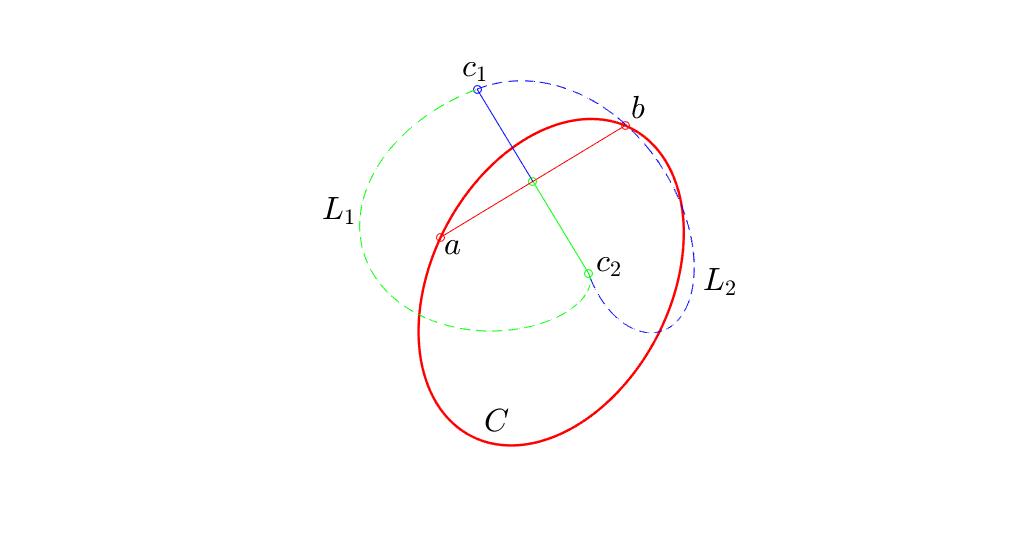 This is yet another idea to to resolve this resistant problem. Let us parametrize everything. Identify the plane containing the moving square with the complex plane $\mathbb C$ and let $\mathbb T=\{z\in\mathbb C:|z|=1\}$ be the unit circle.

Our aim is to prove that the curves $C=a(\mathbb T)$ and $L=c(\mathbb T)$ intersect each other. To derive a contradiction, assume that they are disjoint. Replacing the functions $z(t),r(t),\varphi(t)$ by their smooth approximations, we can assume that these functions are smooth and the curve $C$ has finite intersection with each line on $\mathbb C$.

To finish the proof it suffices to find a point $t\in\mathbb T$ such that $r(t)\in\Phi(t)$. Further I have no idea how to do that. Maybe some connectedness of mean value argument (taking into account that the function $r(t)$ is even, $\Phi(t)$ is odd, and each value $r(t)$ is contained in some $\Phi(\tau)$)?

3
Simpliest simple closed curve in fund group of one-holed torus representing given homology class
17
How to detect a simple closed curve from the element in the fundamental group?
2
Smoothing transverse intersections
7
Explicitly describing the region of the plane "outward of" a simple, open, oriented, cubic curve $c:(0,1)\to\mathbb{R}^2$
2
Moving chord on the simple closed curve
7
Intersection of two Jordan curves lying in the rectangle
Question feed