I seek a reference—not a proof—that if $P_1$ and $P_2$ are two convex polygons on a sphere composed of geodesic segments, contained in a hemisphere, and $P_1 \subseteq P_2$, then the perimeter of $P_1$ is $\le$ the perimeter of $P_2$. This is a spherical variant of the analogous claim in the plane, which was proved by Noam Elkies in an earlier MO question. I know how to prove the spherical version mimicking Noam's proof; the essence was used here. 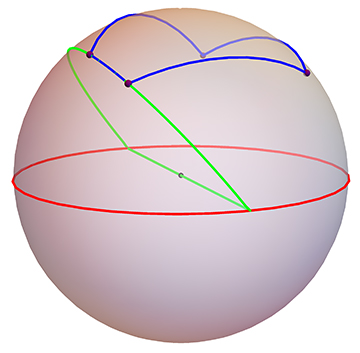 I need to use this claim in a paper, and I'd prefer to cite a reference rather than include my own proof.
reference-request mg.metric-geometry discrete-geometry polyhedra
share | cite | improve this question | |
edited Aug 13 '17 at 23:08
Joseph O'Rourke
asked Aug 13 '17 at 22:53

Browse other questions tagged reference-request mg.metric-geometry discrete-geometry polyhedra or ask your own question.