This question is however only related to the planar euclidean case.

I am especially interested in results related to optimality criteria that the selection of specific triangle points (apart from the circum center) implies for the generated polygonal diagrams.

constructing the polygonal regions from other triangle points might also have positive impact on the convergence rate of generating centroidal $VD$s; the triangulaton of the generated centers of gravity would however still be the $DT$ and after having reached good convergence, switching back to circumcenters could be done.

The question would then be, which of the special triangle points gives better performance improvements: incircle center or centroid? Further question in that respect: can convergence of the algorithm be improved by initially taking as new points for the subsequent $DT$ not the centers of gravity of the generated polygonal regions, but rather the centers of the largest enclosed circles? 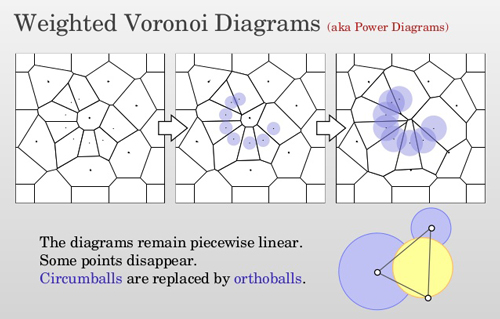 Fig.1: A weighted Voronoi diagram with weights indicated by disks.

Not the answer you're looking for? Browse other questions tagged algorithms discrete-geometry computational-geometry or ask your own question.