Locus of roots of all convex combinations of two monic polynomials

A priori determination of the endpoints of the paths is ostensiblty diffcult, but experimental evidence suggests the following.

I am interested in knowing whether the above conjecture is known or if it can be established from what is known from complex analysis and the geometry of polynomials. Note that it is not clear what happens when there is a tie.

Notice that if $p$ and $q$ share a simple root $\lambda$, then there is a (degenerate) path from that root to itself (this corresponds to the case when the distance is zero). The picture below contains a typical example 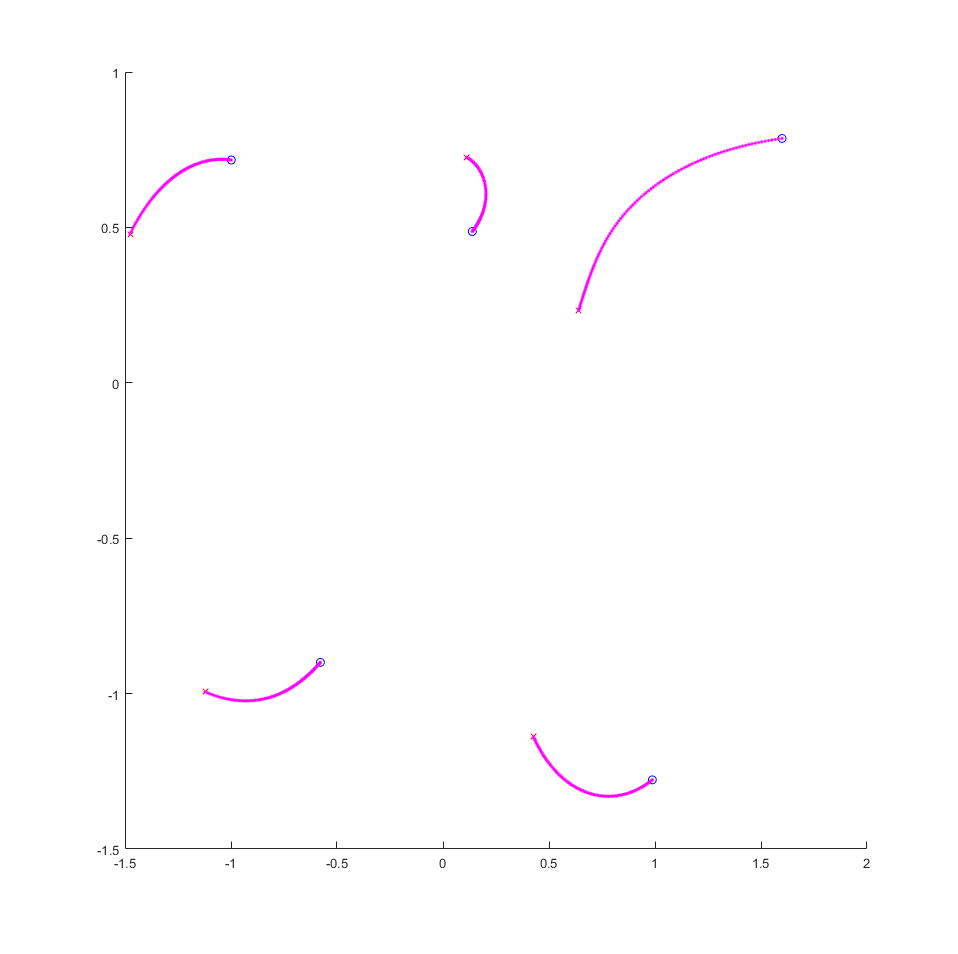 generated from the following MATLAB code

Update: Per Christian's answer below, the conjecture, as stated above, is not true; however, I am still interested in a priori determination of the paths (new question posted).

Whatever the truth of the conjecture is (well, Christian's answer tells us...) the zeros of linear combinations of polynomials have been studied, see for example:

On the zeros of a linear combination of polynomials (Pacific Journal, 1966m Robert Vermes).

Not the answer you're looking for? Browse other questions tagged ag.algebraic-geometry cv.complex-variables polynomials zeroes or ask your own question.

1
Locus of roots of all convex combinations of two monic polynomials, II

1
Bounding the roots of the sum of two polynomials
1
k-th largest root in common interlacing polynomials
11
The space of polynomials with all real roots
1
Locus of roots of all convex combinations of two monic polynomials, II
20
Refinement of mean value conjecture for complex polynomials?
4
Roots of reverse Bessel polynomials define asymptotically a lattice
Question feed