How can I calculate the period matrix of this Riemann surface?

I am attempting to calculate the period matrix of the Riemann surface associated to the zero set of a complex curve: $y^3 = x^4 -1$.

To compute the period matrix, I am struggling mightily to actually write down the line integrals necessary.

Toward coordinatizing $S$, I have a presentation of $S$ as 3 sheeted cover of $S^2$. 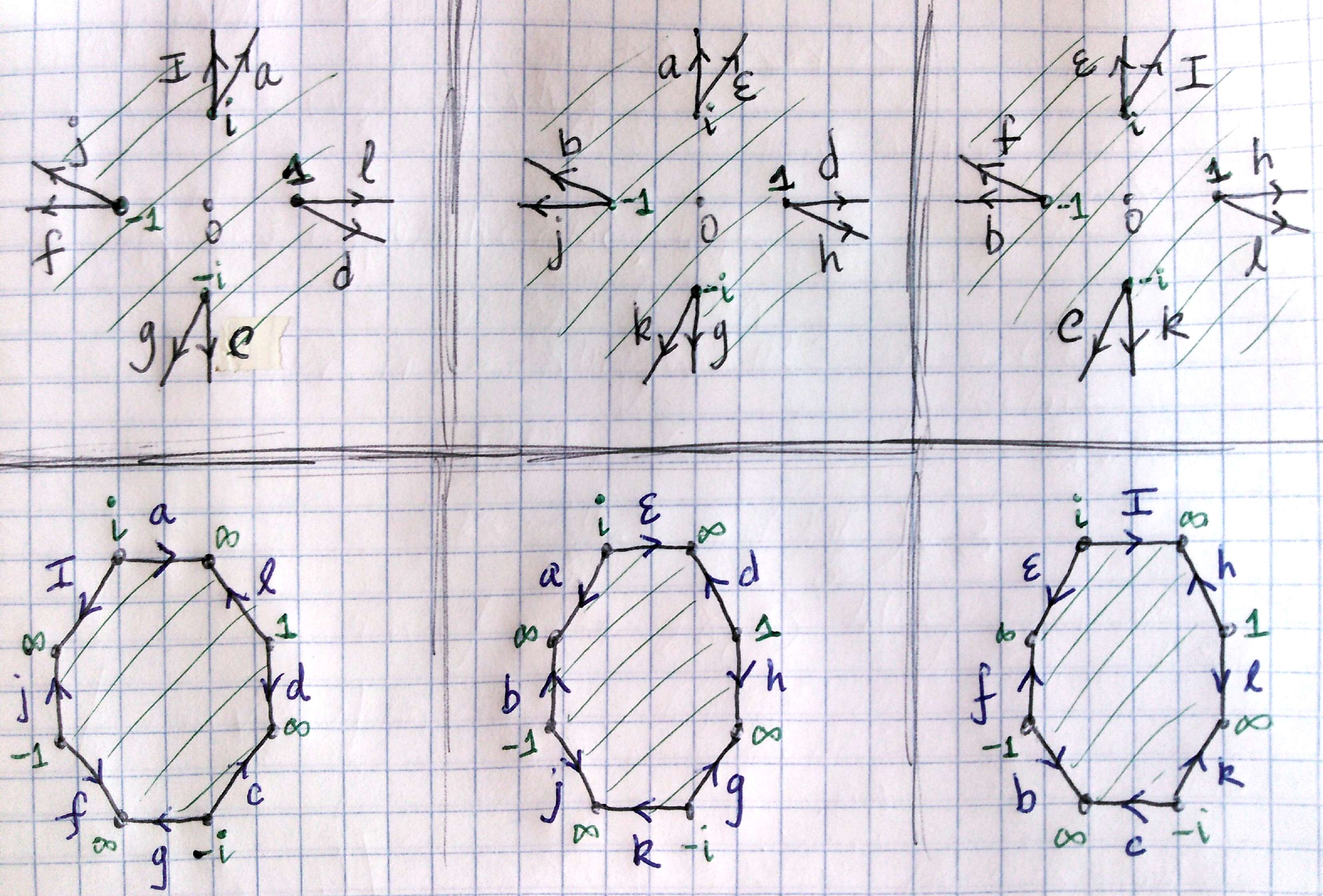 However, naively gluing these octagons together gives me no insight on how to visualize the $\gamma_i$ as loops on these octagons, much less write the necessary associated line integral.

In attempting to understand how to write $\gamma_i$ as line integrals on these octagons, it seems that I must understand how to tile a 3-torus with octagons (since every gluing of my octagons I seem to try gives me a horribly embedded 3-torus).

In conclusion, I restate the same question:

You can gain infinite enlightenment by reading the very cool paper:

(note that a lot of the paper is devoted to producing the equation, but you already have that).

Not the answer you're looking for? Browse other questions tagged riemannian-geometry algebraic-curves hyperbolic-geometry riemann-surfaces or ask your own question.