Is there a stronger form of recursion?

I'm wondering if there are any recursion principles more general than the following, first given by Montague, Tarski and Scott (1956):

Specifically, I would like to be able to drop the requirement that $\{y:y\mathcal{R}x\}$ be a set. I am attempting to define by recursion a function on $O_n\times O_n$ ordered lexicographically, which is a well ordering and consequently a well-founded relation, however $\{y:y<(0,\alpha)\}$ is a proper class for all $\alpha>0$. The proof of the above theorem in the context of MK class theory (and even its statement) rely pretty explicitly on this not happening, however I am aware that category theorists often work in situations where they need to aggregate together many proper classes and manipulate them/construct morphisms between them.

Is there a (perhaps large-cardinal based) strengthening of this theorem that would allow one to legitimately make such a definition by recursion in a class-theoretical context?

The principle of elementary transfinite recursion asserts that for any well-ordered class relation $\Gamma$ on a class $I$, not necessarily set-like, and any first-order property $\varphi$, allowing class parameters $Z$, there is a solution $S$, meaning a class $S\subset I\times V$, such that $S_i=\{x\mid \varphi(x,S\upharpoonright i,Z)\}$, where $S\upharpoonright i=\{(j,x)\in S\mid j<_\Gamma i\}$ is the part of the solution below $i$. Thus, we define a class by recursion along $\Gamma$, where at each stage we define a new class in terms of the solution previous to that stage.

One can formalize your function-based recursion using this kind of formalism.

In my recent paper

we proved that ETR is equivalent to the principle of clopen determinacy for class games. Meanwhile, open determinacy is a little stronger, and below $\Pi^1_1$-comprehension.

In my recent paper 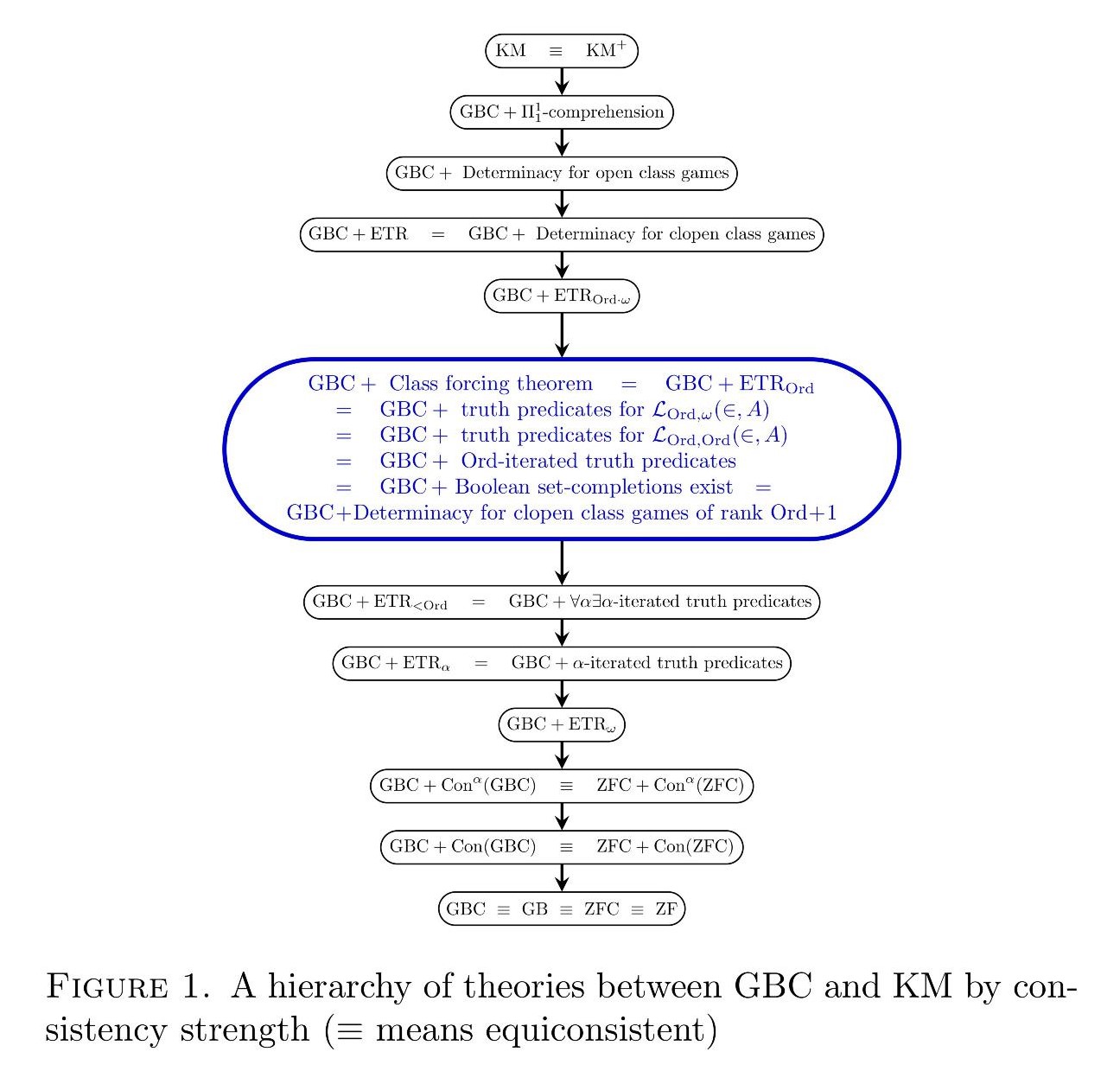 The picture that is emerging from this analysis is that the natural second-order set theories are ranked by the amount of recursion they support.

Not the answer you're looking for? Browse other questions tagged set-theory computability-theory transfinite-induction or ask your own question.

21
Can we axiomatize Omnific Integers without the Surreal Number system?
18
Is the universality of the surreal number line a weak global choice principle?

4
How to prove an extension of ZFC is conservative
8
Iterating definability
6
Are there better arithmetics on ordinals?
8
Which reals are "hyperarithmetic modulo ordinals"?
5
An axiom for collecting proper classes
11
For which theories does ZFC without global choice prove the existence of a proper class monster model?
8
How many reals can we construct by iteratively writing down truth tables for ZFC?
Question feed