Suppose I have a holomorphic function $f$ in a domain $\Omega$ with natural boundary $\partial \Omega.$ Let $p \in \partial \Omega.$ Is it true that there is some analogue of Picard's little theorem - that is, by choosing an appropriate sequence $x_1, \dotsc, x_n, \dotsc \in \Omega$ converging to $p$ we can have the limit of $f(x_i)$ be (almost) any complex number? 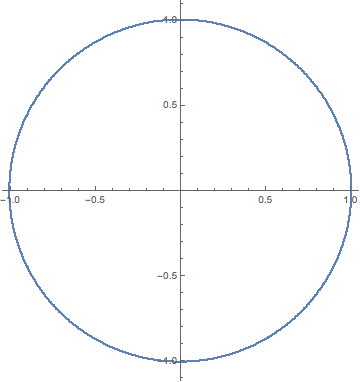 This would tend to imply that you don't have to work very hard to tend to zero when approaching the boundary, and I assume that zero is not a particularly exceptional value. Indeed, if you plot the $1$s of the function (preimages of the value $1$), you get an identical plot: 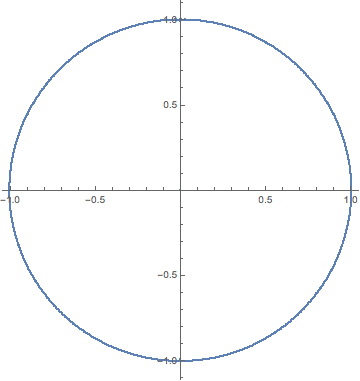 Which would tend to indicate that my conjecture has at least a grain of truth in it.

No, this analogue is false. For example function

There is, indeed, a grain of truth in your conjecture. One possible formalization of it is as follows. Suppose that there is a sequence of analytic in the unit disk $\mathbb D$ functions $f_n$ such that $f_n$ converge pointwise on some set $E\subset \mathbb D$ having an accumulation point inside $\mathbb D$. If $f_n$ omit two fixed different values in $\mathbb D$, then $f_n$ converge uniformly inside $\mathbb D$. This is just the usual mumbo-jumbo about normal families (Montel's theorem, to be exact) plus the uniqueness theorem (any limit of a subsequence has prescribed values on $E$). If you replace $\mathbb D$ by a disk around $p$ and take $f_n$ to be Taylor polynomials of $f$, say, you'll see that either $f$ can be analytically extended to a neighborhood of $p$, or you have the effect you observed for $a$-points of $f_n$ with almost every $a\in \mathbb C$. Alas, more often than not, the zeroes on your picture will lie outside $\Omega$, so you cannot extract too much information about $f$ itself from that picture.

Not the answer you're looking for? Browse other questions tagged cv.complex-variables or ask your own question.

4
Converse of Picard's Big Theorem?
12
non-trivial zeros of partial zeta functions
4
Weierstrass factorization with $L^2$ estimates?
10
Distribution of zeroes of lacunary functions
4
Residue for the generating function of the Euler totient function
6
zeros on the circle of convergence
2
Boundary behavior of power series vs. boundedness of partial sums
Question feed