Limitations of determinacy hypotheses in ZFC

When considering (set-theoretic) games, we have three parameters we can adjust:

When working in $\textsf{ZFC}$, what are our limitations on the above three parameters? When do we reach inconsistencies? Some more specific subquestions could be:

I have found some partial results:

Also, here Noah Schweber asks the same question, but where we fix the length to be $\omega$, the legal moves to be $\mathbb R$ and then ask about the definability.

EDIT: I've written up an overview based on Juan's answer below and by taking a closer look at the complexity of the payoff sets in the non-determinacy proofs - this can be found here. Here are a few diagrams to illustrate. 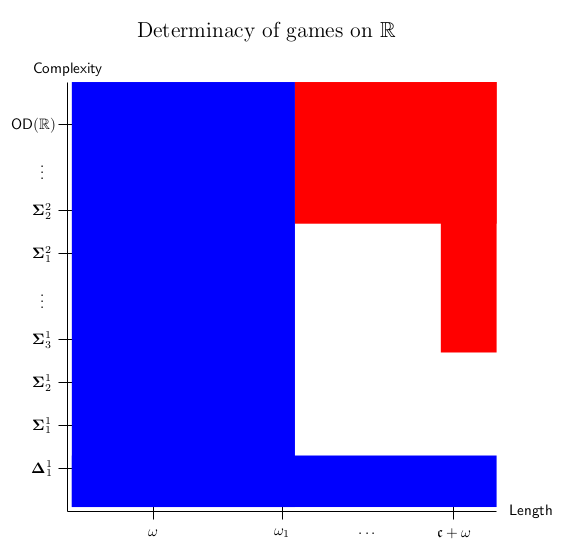 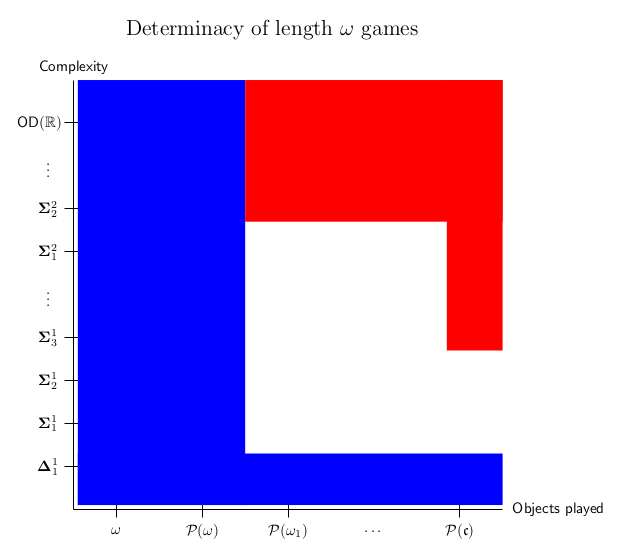 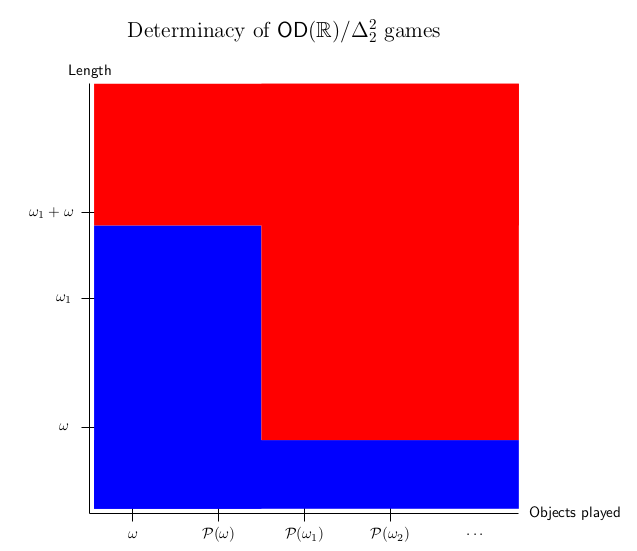 Here is a non-exhaustive list of limitations. I'm including some from ZF alone, for completeness.

Regarding your specific subquestions, it depends on how one defines analyticity for those games. If one naively defines it as in Baire space, then of course there is a non-determined "open" game of length $\omega+1$ (since there is a non-determined game of length $\omega$). If one means "analytic" as in "coded by an analytic set," then those games can be determined for every countable $\alpha$ by the above remarks (for long games, this is due to Neeman; for games on $\alpha$, one simply uses a bijection from $\omega$ to $\alpha$ to code the games).

Not the answer you're looking for? Browse other questions tagged set-theory determinacy or ask your own question.

7
Indeterminacy of long games
13
Which forcings preserve (some) determinacy?
8
Determinacy from $\omega_1\rightarrow(\omega_1)^{\omega_1}$
6
Limits of determinacy on reals
6
How much real determinacy can live in $L(\mathbb{R})$?
11
Is determinacy on an infinite Dedekind finite set consistent?
Question feed