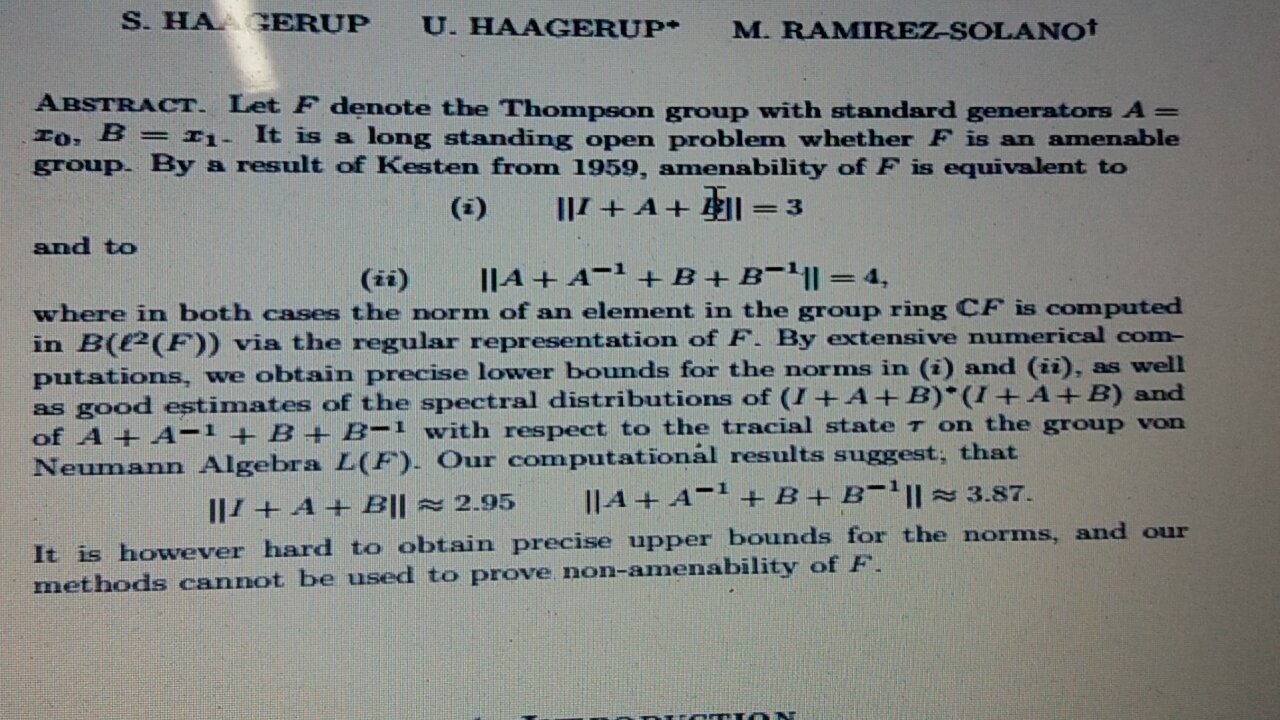 9
Geometric group theory and analysis
16
What are the main open problems in the theory of amenability of groups?
20
What makes the amenability of Thompsons group $F$ such a tricky problem?