What is this combinatorial operation on cell complexes?

I am considering the following transformation on two-dimensional cell-complexes—aka polyhedral surfaces. (It can be defined in higher dimension, but I only care about dimension two.) Since it is obvious, I suppose it is well-known, and I would like to know what its name is.

Here's an example with the tetrahedron (where the outside represents the fourth face): 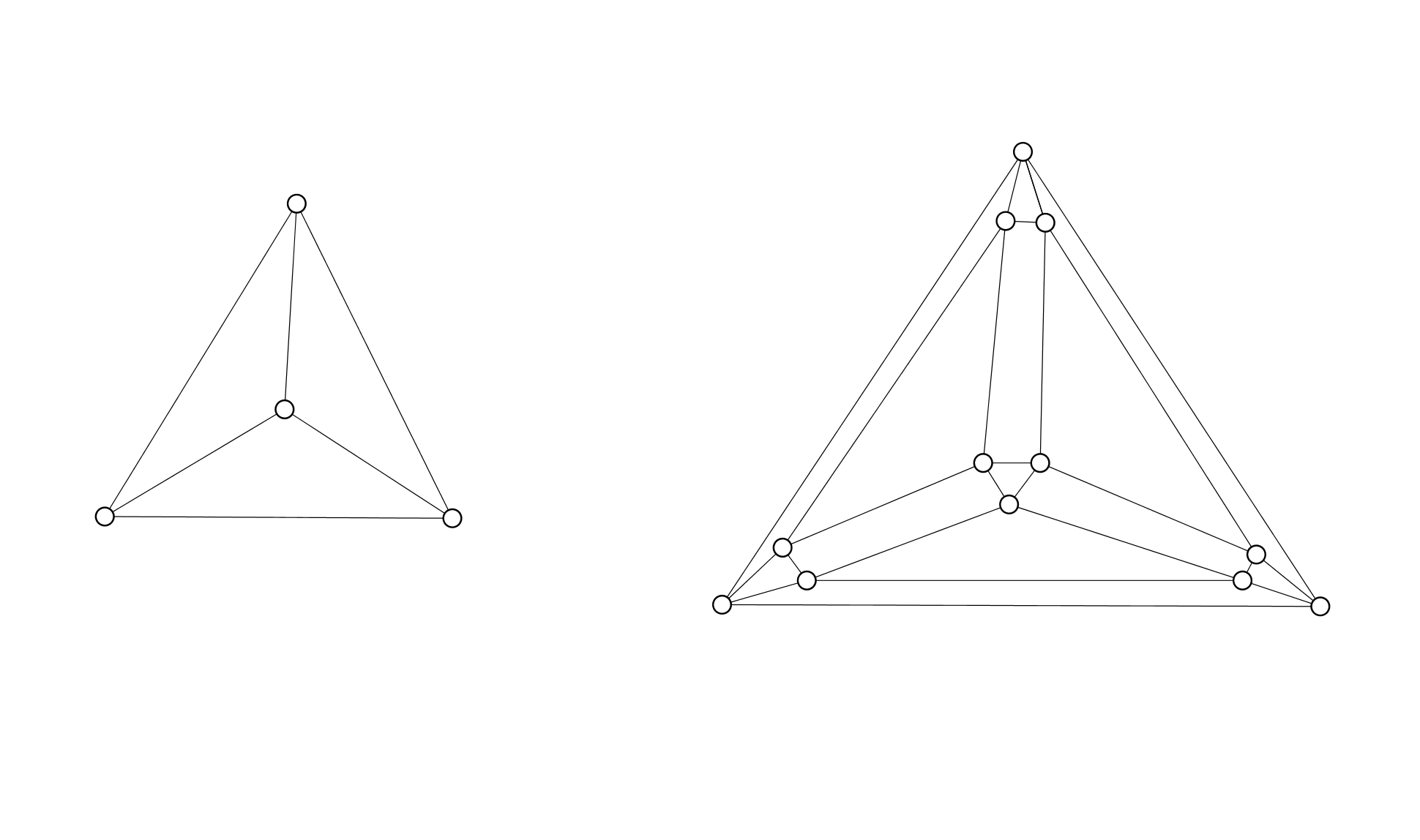 Note that this transformation is not exactly a subdivision since some of the previous elements (edges and vertices) are not preserved. It may pictured and realized for a convex polyhedron $K$ by a scraping operation, slicing by a plane at each vertex and along each edge. Or, more mathematically, by interpolating between $K$ and its polar $K^\circ$.

Has anybody met this operation?

It seems to go by the name of cantellation or expansion.

This is the GEM (graph-encoded maps), a representation of surface-embedded graphs described in the book Topological Graph Theory (Bonnington & Little, 1995). Every flag of the original embedding (an incident triple of vertex-edge-face) becomes a vertex in the new graph, and each vertex in the new graph has exactly three edges representing the three different ways that one can substitute one of the three things in the triple for a different thing of the same type.

Update (see comments): this is not the GEM, because it has only one vertex for each vertex-face incidence of the original map, while the GEM has two (one for each edge at the incidence). It can be constructed from the GEM by contracting the GEM edges connecting pairs of flags with the same vertex and face as each other.

This operation is called "complete truncation" in

2
Mean curvature of polyhedral surfaces
3
Integral of a quadratic on a polygon (variations of discrete surfaces)
8
Is this a known combinatorial problem?
1
How is this combinatorial structure called?
4
Combinatorial description of a 120-cell
1
Finding an element of the homology group of a graph which is everywhere nonzero
Question feed