Had this theorem in Tresser's article been proven somewhere?

The article in question is About Some Theorems by L.P. Sil'nikov by Charles Tresser. I am interested in the theorem C from page 453 and a particular application of such theorem which is illustrated at Fig. 5: 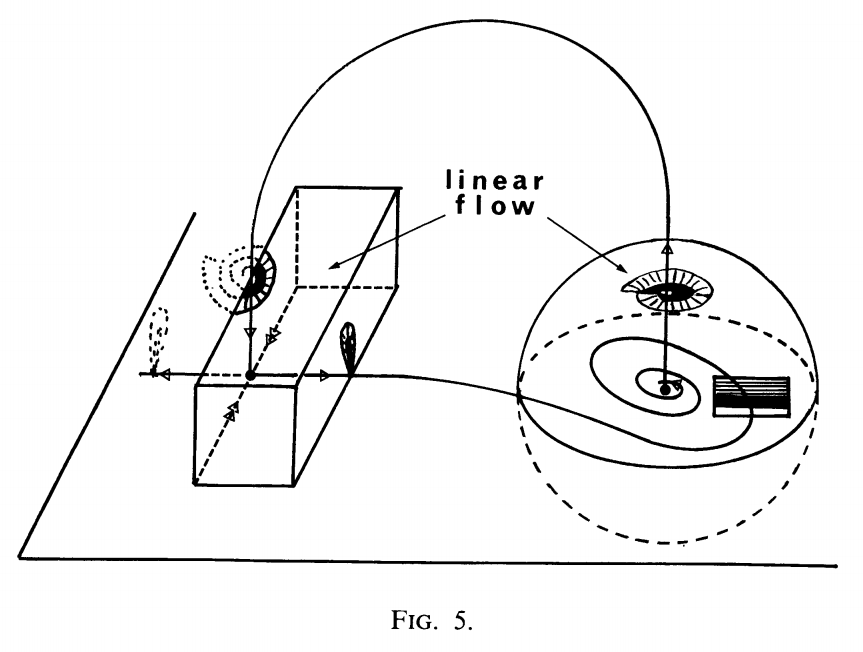 This figure illustrates the occurence of Smale horseshoes in Poincare mapping near the heteroclinic cycle formed by separatrices of index $1$ saddle-focus followed by index $1$ saddle. Roughly theorem C states the following result: if there is a heteroclinic loop in $\mathbb{R}^3$ that involves saddles and saddle-foci (their stable and unstable manifolds of equilibria are organized like on Fig. 5) and the product of saddle values of equilibria from this heteroclinic loop is greater than 1, then there is a complicated hyperbolic structure in the neighbourhood of heteroclinic loop. The presence of such structure might lead to a chaotic behaviour of trajectories and this is a subject of my interest.

My question is: have you seen the complete proof of this theorem or proof for the particular example from Fig. 5? There is a proof for the case of heteroclinic cycle involving two saddle-foci (article by Turaev and Shashkov), but I haven't found an article which considers a case from Fig. 5. Tresser's article has what I understood as a sketch for proof, but I'm still interested in the full proof.

05/22/2017 I've tried to take a look at papers that directly cite Tresser's article: none of them had the proof that I was looking for.

1
Integration by parts wrt. a Morse function on its basin of attraction
8
Is this knot invariant already treated somewhere in the literature?
2
Original article about a theorem of Cartan on iterations of analytic functions
0
Has this Peculiar Property of Unit Circles Already been Noticed?
1
Is this (somewhat specific) moment problem treated somewhere?
4
Orbits space of real-analytic planar foliations
Question feed