Terrible tilers for covering the plane

Let $C$ be a convex shape in the plane. Your task is to cover the plane with copies of $C$, each under any rigid motion. My question is essentially: What is the worst $C$, the shape that forces the most wasteful overlap? 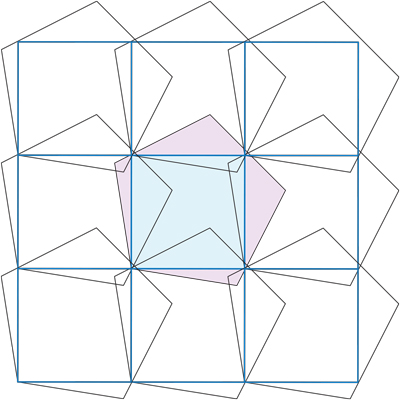 Q1. Is it known that the disk is the worst shape $C$ to cover the plane? My understanding is that L.F.Tóth's paper[1], which I have not accessed, establishes this for lattice tilings/coverings. Is it known for arbitrary coverings?

Q1 Answered. Thanks to several, and especially Yoav Kallus, for pointing me in the right direction. Q1 remains an open problem. In [2,p.15], what I call the waste of a convex body $C$ is called $\theta(C)$. It is about $1.209$ for a disk. The best upperbound is $\theta(C) \le 1.228$ due to Dan Ismailescu, based on finding special tiling "p-hexagons" in $C$. A p-hexagon has two opposite, parallel edges of the same length.

Q2. Since every triangle, and every quadrilateral, tiles the plane, the first interesting polygonal shape is pentagons. What is the most wasteful pentagon?

Q3. More specifically, what is the waste $w(P)$ for the regular pentagon?

Here is a better (possibly best) way of covering the plane with congruent regular pentagons: 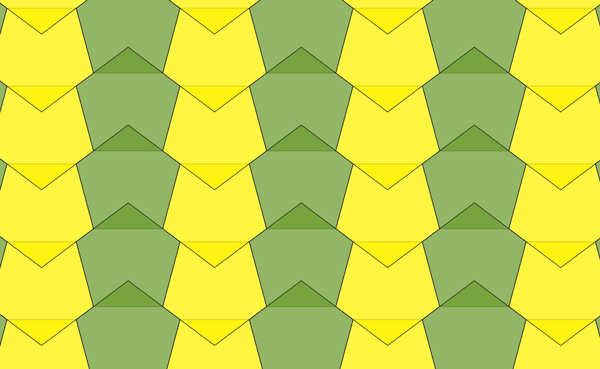 This covering is obtained by a continuous transition starting with the best packing with regular pentagons, see http://www.auburn.edu/~kuperwl/pent_movie.mp4

Not the answer you're looking for? Browse other questions tagged mg.metric-geometry tiling sphere-packing or ask your own question.