Structures in the plot of the “squareness” of numbers

(This is based on an earlier MSE posting, "Structures in the plot of the “squareness” of numbers.")

My main question is to explain the structural features of this plot: 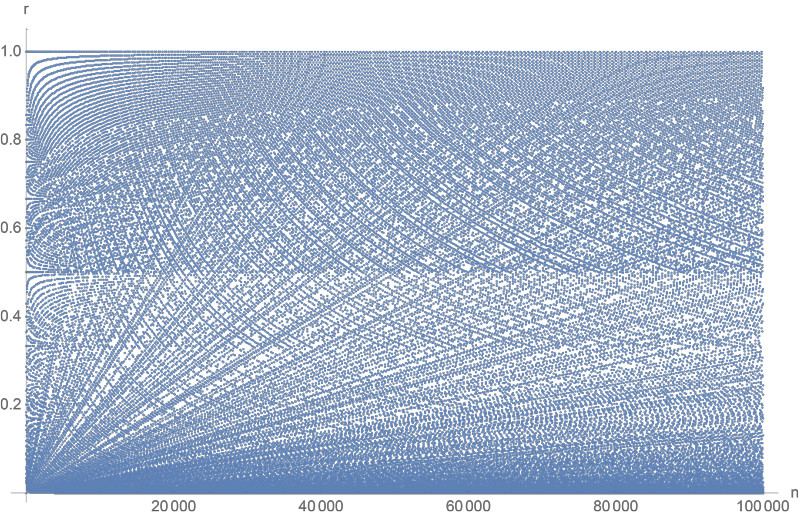 The only feature of this plot—the rays through the origin—that is evident to me is explained by the fact that, for a prime $p$, for $n = k p$ and $k=1,\ldots,p$, the squareness ratio is $k/p$, and so those ratios lie on a line through the origin of slope $\frac{1}{p^2}$. MSE user PattuX emphasized that similar rays occur for particular composite $n$.

Several other features could use explanation:

(3) The interesting structure near $r=1$, both negative (hole-)curves and positive (dot-)curves: 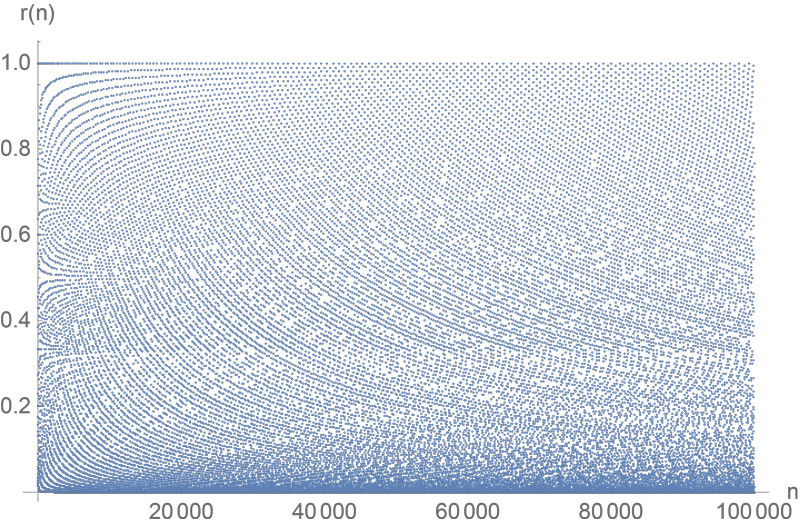 Added(2): The landscape is rather different for larger $n$ (in accordance with Lucia's insights): 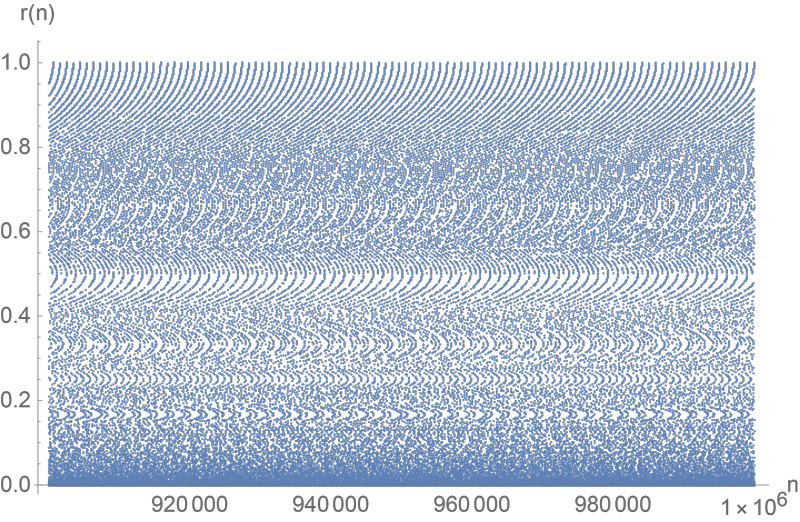 At least some part of the features may be explained by plotting $\frac1{r(n)}$, it looks like this: 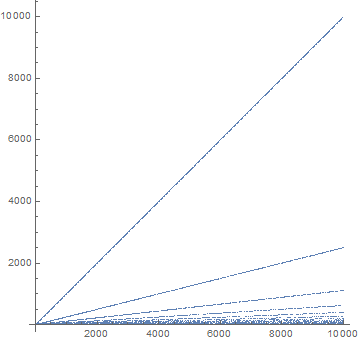 (So the original plot is a superimposition of the corresponding hyperbolas)

You're asking about the distribution of $d^2/n$ where $d$ is the largest divisor of $n$ below $\sqrt{n}$. This is closely related to work on the multiplication table problem, from which it follows that the square-ness ratio is usually close to 0. So the observed patterns are eventually insignificant (at least to first order, they may be significant in lower order terms) and eventually the plot will just be really concentrated at the bottom.

Just an additional comment: because it was discussed, whether the structures shall be visible when n increases, I've thought, it would possibly be interesting to rescale the axes. One additional plot, the original values recomputed, but $n$- and $r(n$)-axes logarithmically scaled for display gives this image: 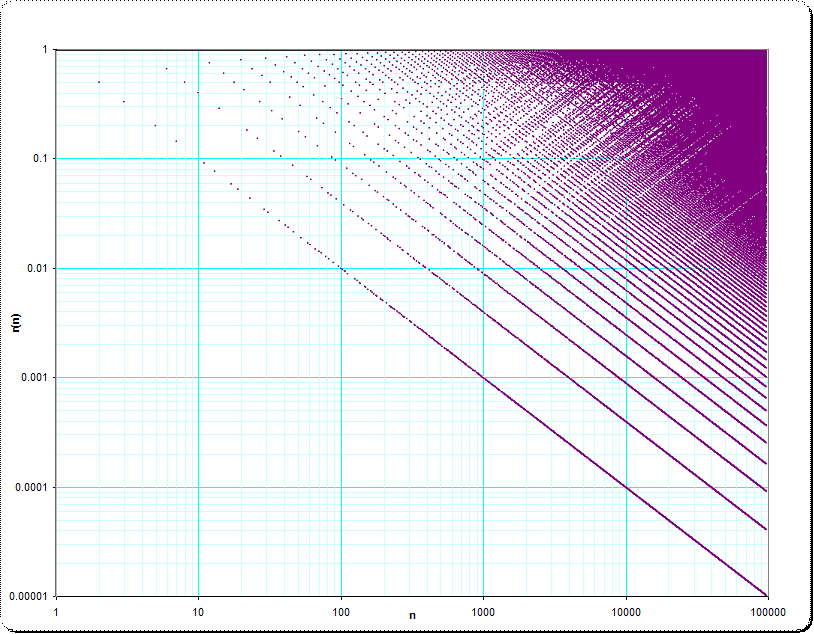 It is true that in the long run most points are near the bottom but there are the observed patterns in the portion shown. Here are some comments in a slightly stream of consciousness order:

At the top left the increasing curve right below the line $y=1$ must be $(k(k-1),1-1/k)$ which is certain points pretty close to $y=1-1/\sqrt{x}.$ In the plot it appears piecewise constant but that is an artifact of the plotting.

Below there we see the similar curves $(k(k-c),1-c/k).$ In the long run these become indistinguishable from $y=1$

To be sure, plot the point using something like Maple which lets you probe for coordinates. Some work of this type could explain other features.

For any point $(x,y)$ we have potential points $(cx,\frac{1}{cy})$ for small $c.$ It might be possible to have a higher $y$ but if one runs over a curve then a good fraction of the points might transform that way creating a transformed curve. I imagine the curves going up from $y=1/2$ for $900K \le n \le 1000K$ are (partial) transforms of the lines coming down from $y=1$ for $450K \le n \le 500K.$ These seem to have an almost reflection below $y=1/2$ making sideways parabolas. I don't have an explanation but suspect getting the actual coordinates would reveal much.

Similarly for any point $(x,y)$ we have potential points $(xz^2,y).$ Again, it might be possible to improve on this in some cases but that would be more challenging for $y$ closer to $1.$ Likewise if $z$ has large divisors relative to $x.$

Not the answer you're looking for? Browse other questions tagged nt.number-theory prime-numbers factorization or ask your own question.

64
Perron number distribution
32
Can the difference of two distinct Fibonacci numbers be a square infinitely often?
5
Are the Szpiro ratios of 37b1 over certain number fields {33,39,42,48,51,66}?
1
Reference request: Research done on whether the Euler prime can be the largest factor of an odd perfect number
2
On attempting a proof for $r > 1$, if $M = {2^r}{b^2}$ is an even almost perfect number which is not a power of two
4
Hilbert Numbers
0
Can $k$ be arbitrarily large in the following equations?
3
On odd perfect numbers and a GCD
Question feed