What is known about worst-case point sets for the travelling salesman problem?

Let us consider the Euclidean version of the TSP within the unit square. This means the metric is Euclidean and we only allow for cities within $[0,1]^2$.

The question I am interested in is: What are the worst cases of city positions with respect to the optimal solution of the TSP? I am interested in both, asymptotic results but also an algorithms that determine such sets (or sets, which are almost as bad as possible) for finite numbers of cities.

However, I am interested in how the point sets look like. Asymptoticlly, it might be intuitive to assume that the cities are somehow equidistributed. Indeed in the referenced paper of Snyder and Steele, they show that this is the case in the following sense:

Note that two years later they generalized this result to higher dimensions, using a different approach.

I have four questions:

Here is one paper that in some sense follows upon the Snyder-Steele paper you cite:

In this paper, we consider a distributionally robust version of the Euclidean travelling salesman problem (TSP): as input, we are given a compact, contiguous planar region $R$ and a realization of sampled demand points in that region, and our objective is to construct a probability distribution on $R$ whose induced TSP tour (...) is as long as possible while remaining sufficiently “close” to the empirical distribution consisting of the sampled points. 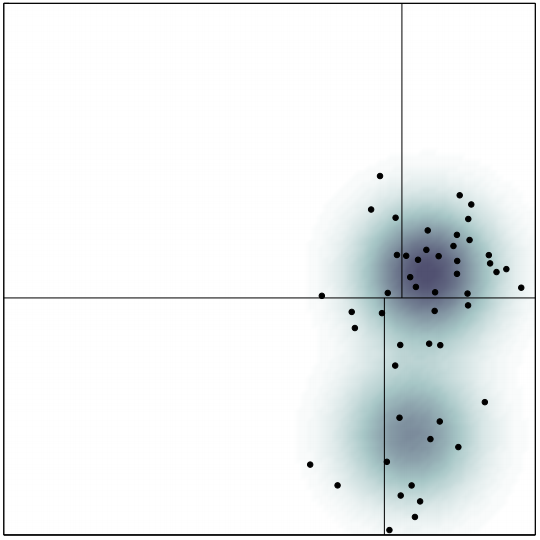 The only part I can answer definitively is #3, to which the answer is "no". If you place points in a square grid, the TSP tour is shorter than if you place points in a hexagonal lattice, but both satisfy the uniformness condition. As for #1, I think that the hexagonal lattice is conjectured to be the actual worst-case asymptotic distribution, but am unaware of any proof.

You are probably aware of the following other references, which may be helpful:

Instances with long shortest tours can be obtained from the optimal solutions to packing $n$ circles of largest equal radius into a square or, can be derived from such solutions via appropriate scaling of the square and, by increasing the radius of so called "rattlers" (i.e. circles, whose position isn't fixed).

A lower bound for the length of such tours is the sum of circle diameters; the optimal tour can however be longer, if the contact graph of the circles isn't Hamiltonian.

The heuristic reason why circle packings are good sources for long optimal tours is that they maximize the minimal distance between the cities.
When fixing the total area of a set of circles, the sum of their radii is maximal if all circles have equal size. There are very many optimal solutions of the circle packing problem depicted here

The basic idea of using solutions to circle packing problem instances directly carries over to other types of region (e.g. cities inside a circle), higher dimensions or other metrics or even to other spaces (e.g. longest shortest tours visiting $n$ cities on a sphere).

Not the answer you're looking for? Browse other questions tagged reference-request mg.metric-geometry oc.optimization-and-control combinatorial-optimization or ask your own question.