Some months ago I was given a high-school level maths question that made me wonder if there was a definitive principle for finding the shape of largest perimeter given a set of dots. The question was worded something like the following; Given a 5 by 5 array of points, and using only straight lines, form a polygon with the highest possible perimeter. I understood I would have to use as many and as space-efficient diagonals as possible to maximize my possible perimeter, but couldn't find a rule or certain answer as to the upper bound. So A) What would be the highest possible perimeter shape (I believe I found somewhere around 40, but others found higher) and B) What constant rule can be followed to find the largest possible perimeter for a definite area. I was considering writing a program to brute-force all possible shapes, but wasn't sure if that was even feasible in a reasonable finite time.

EDIT: Polygon must touch all points in the array and can not self-intersect. Sorry for not being clear 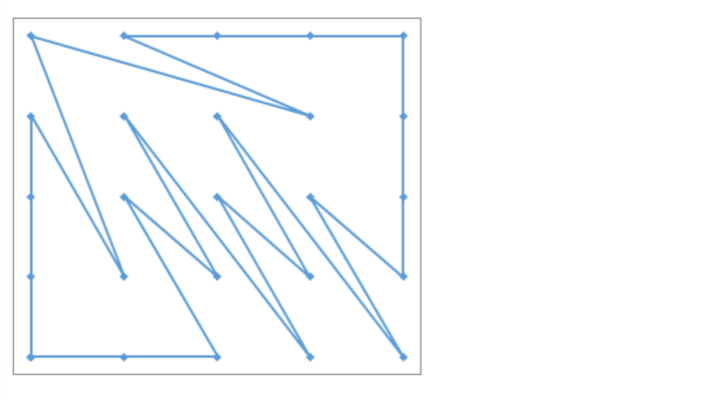 5
Given a set of 2D vertices, how to create a minimum-area polygon which contains all the given vertices?

9
An optimization problem for points on the sphere (master's dissertation)
19
What is the largest possible thirteenth kissing sphere?
5
Minimizing the perimeter around an obstacle
3
Another diameter-perimeter-area inequality
6
Any reference to an algorithm for finding the largest empty circle on a sphere (with great-circle distance)?
11
Triangle with largest perimeter in a convex region
2
Perimeter of ellipse: Combination of two geometries
9
Perimeter-halving center of a convex shape
Question feed