Visually, the "extreme" outliers in the following graph are somewhat obvious: 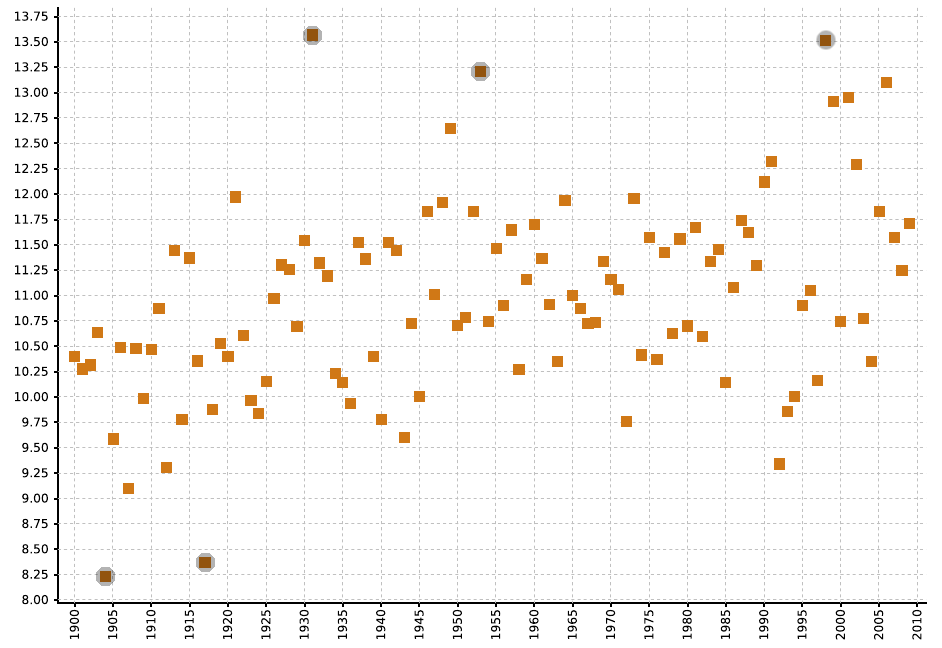 How do you determine if T(n) is an outlier?

The math on some of these sites is a bit above my understanding:

I might suggest LTS, the Least Trimmed Squares, approach. there is code in fortran and matlab, the latter called fastlts, both produced, I believe, by Rousseuw's group. The method essentially minimizes the error of fit for a proportion of the data points, with the rest (outliers) ignored. The outliers are found by something like the Minimum Volume Ellipsoid method (roughly, find the ellipsoid of minimum volume containing 1/2 the points).

Douglas Hawkins' book Identification of Outliers is not up to date unless it's been edited since last I looked, but it might give you some idea of the issues involved, no awareness of which is apparent in Steven Pav's answer.

(BTW, I'd have called this a one-variable linear regression; I was surprised to see what it was, given the subject heading.)

Not the answer you're looking for? Browse other questions tagged linear-algebra st.statistics ca.classical-analysis-and-odes or ask your own question.