$C$ is a convex planar figure and $C_1,\dots,C_n$ are pairwise-disjoint convex subsets of $C$, like this: 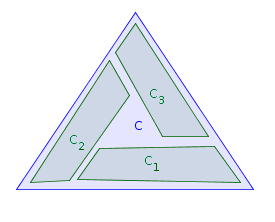 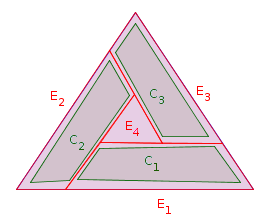 Remark: I asked a similar question in cstheory.SE. There, $C$ and all its subsets were axis-parallel rectangles. In that case, I found an algorithm that proves $G(n)\leq 3n+1$.

Note that the sets $C_i$ can be extended to $E_i$ in a such way that all holes will be convex (see page 8 in paper of Rom Pinchasi, On the perimeter of $k$ pairwise disjoint convex bodies contained in a convex set in the plane. http://www2.math.technion.ac.il/~room/ps_files/perim_k_convex.pdf). Lets think about $C_i$ as about already extended sets.

Each side of a hole is formed by one of the $C_i$-s. Lets call two sets $C_i$ and $C_j$ neighbors, if they form two adjacent sides of some hole. Note that:

The lower bound gives the tiling shown on the figure: 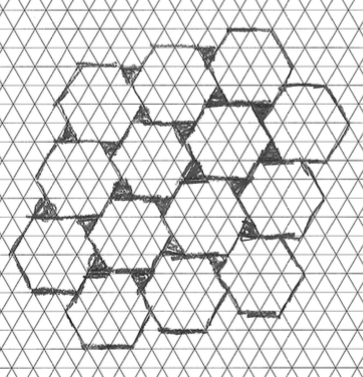 6
Measurement of "symmetry" of a convex body
0
Closed form solutions for maximal subsets of convex polytopes
3
When is a graph a $\operatorname{CAT}(\kappa)$ space?
Question feed