I am looking for an example of a (edit: projective) family

I guess that such examples should be plentiful but I don't know any.

By Deligne's theorem (the decomposition theorem for smooth families) such behaviour is impossible if $f$ is smooth. Hence the requirement that the fibres should be singular.

I am actually interested in the following: A variety $X$ and a semi-simple local system $\mathcal{L}$ on a Zariski open subset such that some cohomology sheaf of $IC(X, \mathcal{L})$ has non-semi-simple monodromy.

Bonus points: Is there an example with $\mathcal{L}$ trivial?

EDIT (following Piotr's relevant comment below): Note that it is important that $Y$ be an algebraic variety. Indeed, if $Y = \mathbb{A}^1 \setminus \{ x_1, \dots, x_n \}$ and $f$ is smooth then the monodromy around any $x_i$ will be quasi-unipotent. However the representation of the free group will still be semi-simple.

So it seems passerby's example can be modified to give a projective example.

(Thanks for de Cataldo and Migliorini for some of the following. All mistakes are mine.)

We have an exact sequence 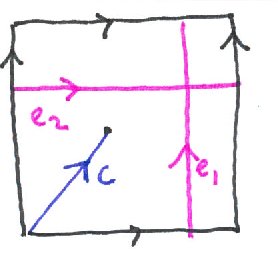 Anyway, this means that the representation of $\pi_1(B)$ is certainly not-semi-simple. (It "mixes weight 0 with weight -1".)

In this context BBD, Proposition 6.2.3 is useful: the weight filtration for a topologically locally trivial family is by locally constant subsystems.

Now suppose that $f : X \to Y$ is some family of stable curves of genus 2 such that the fibres are generically smooth and such there exists some subvariety $E - \{ id \} \in Y$ such that over this subvariety the family is the above example. Then applying the decomposition for $f_* \mathbb{Q}_X$ one gets the non-semi-simple local system above occurring.

I am not sure if such a family exists. But in any case the above seems to suggest that considerations of stable curves should give many such examples of non-semi-simplicity.

Won't even an open variety do? Take an elliptic curve $E$ (maybe over a base $B$) and remove the zero-section and another section $s$.

So we get an extension of the local system $b \mapsto H^1(E_b)$ by the trivial local system. The resulting extension class in $H^1(B, H^1(E))$) should be something fairly close to the cycle class of $s$. So if you take something like an elliptic surface and take $s$ to be nontorsion in the Mordell-Weil group, you should get a non-split extension.

Apologies if I misunderstood the question...

Not the answer you're looking for? Browse other questions tagged ag.algebraic-geometry perverse-sheaves monodromy intersection-cohomology or ask your own question.