This is a question about universality in probability theory, with combinatorics in mind.

Consider a sequence of polynomials $P_n$ in one variable, with positive coefficients. Combinatorics is a large source of such sequences, where the polynomial $P_n$ counts some combinatorial objects of size $n$ according to the value of another discrete parameter (a statistic in the language of combinatorists). For example, permutations and their number of cycles.

One can consider the coefficients of $P_n$ as a discrete probability distribution. Then it is very often the case that these discrete distributions, suitably scaled, tend to the Gaussian distribution function. Sometimes, they converge instead to other "universal" limit laws, but only a few possibilities account for almost all the examples.

One can consider the same discrete distributions from the viewpoint of large deviations. As far as I understand, this amounts to look instead at the logs of the coefficients of $P_n$. Then one also often gets limiting shapes, and convergence to what is called a rate function.

Here is a picture of this limit shape for the case of Stirling numbers of second kind, counting partitions according to the number of parts. 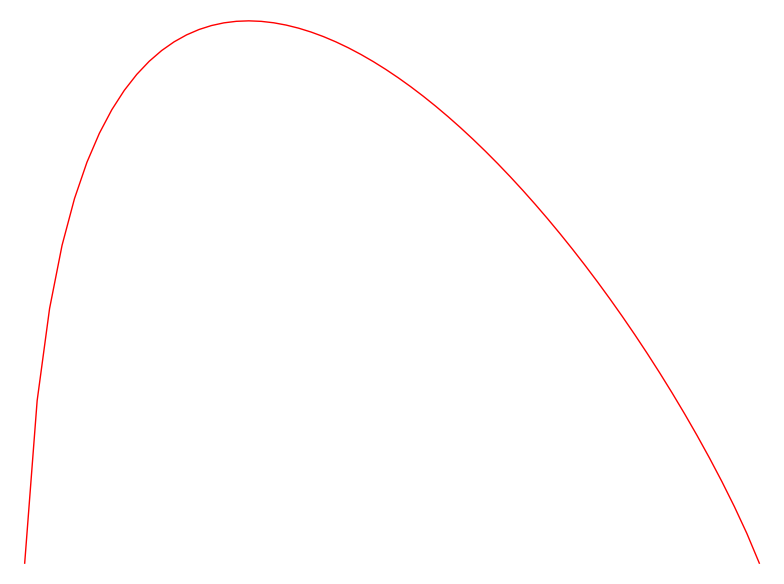 My question is the following.

Should one expect some kind of universality for the rate functions ?

Or should one expect instead a distinct rate function for every combinatorial problem where a limit shape appears ?