What is the probability that two random permutations have the same order?

I am interested in the orders of random permutations. Since the law of the logarithm of the order of a permutation converges to a normal law (for instance Erdös-Turan Statistical group theory III), one expects that the probability for two permutations of $\frak S_n$ to have the same order goes to 0 as n goes to infinity. Indeed experimentally this seems to happen with speed $O(1/n^2)$

I have no idea about the $\liminf$! The above argument constructs very particular $n$ (of the shape $n_1 + \dots + n_k$, where each $n_i$ is large and highly divisible in comparison with $n_{i-1}$), and the lower bound is very weak besides (roughly $\log^*(n)/n^2$), so it's tempting to conjecture that the $\liminf$ is finite. But I'm not sure this is supported by the numerics. From the numerics it just looks like we're forgetting something.

The ratio $p_2(n)/p_1(n)$ is some sort of weighted average of how many different partitions of $n$ have the same lcm, with popular partitions weighted more. I would have guessed this would slowly increase, but that isn't visible. The wriggliness of $p_2(n)$ presumably reflects the fact that the number of partitions with the same order as a given partition is some complicated arithmetic function.

Maple was struggling by the time it got to $n=70$ but a C program should be able to reach $n=100$ or maybe further. 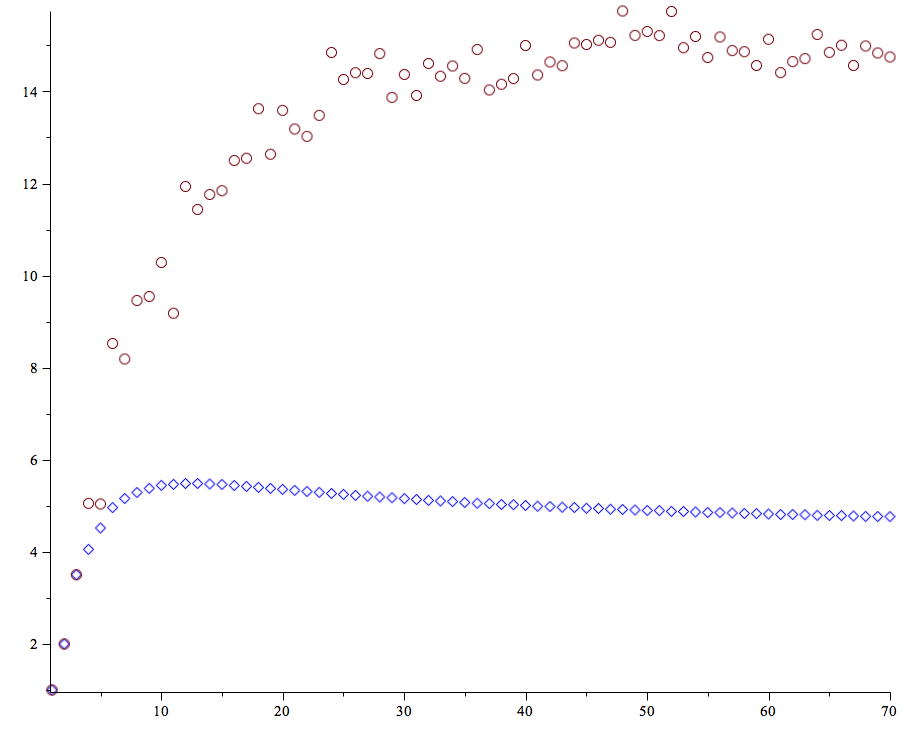 That the probability is at least $O(1/n^2)$ is immediate, since the probability that both permutations are $n$-cycles is $1/n^2.$ For the upper bound, there is a convergence speed estimate by Zacharovas, see in particular theorems 3 and 4, which should give you what you want.