EDIT I have no idea why this question engendered such a negative reaction. The perfect answer was given by socalledfriendDon in the comments to the one answer (this is now the accepted answer): under certain conditions, you have an asymptotic formula for average value of multiplicative functions, as given by Wirsing's theorem. Certain conditions are: positivity, having a mean on primes, and having slow growth on prime powers.

For the function $f(n) = \tau(n^k)$ this gives an average value of $\log^k(x).$ Many of the pooh-poohers gave completely incorrect references. One gave a reference to Erdos' paper from 1952, where Uncle Paul analyzes the behavior of $\tau(P(n))$ where $P$ is an irreducible polynomial (AND, while Erdos' result is correct, his proof is buggy). A better reference (which no-one gave) is a 1939 paper by van der Corput, but that gives bounds, and not asymptotics. 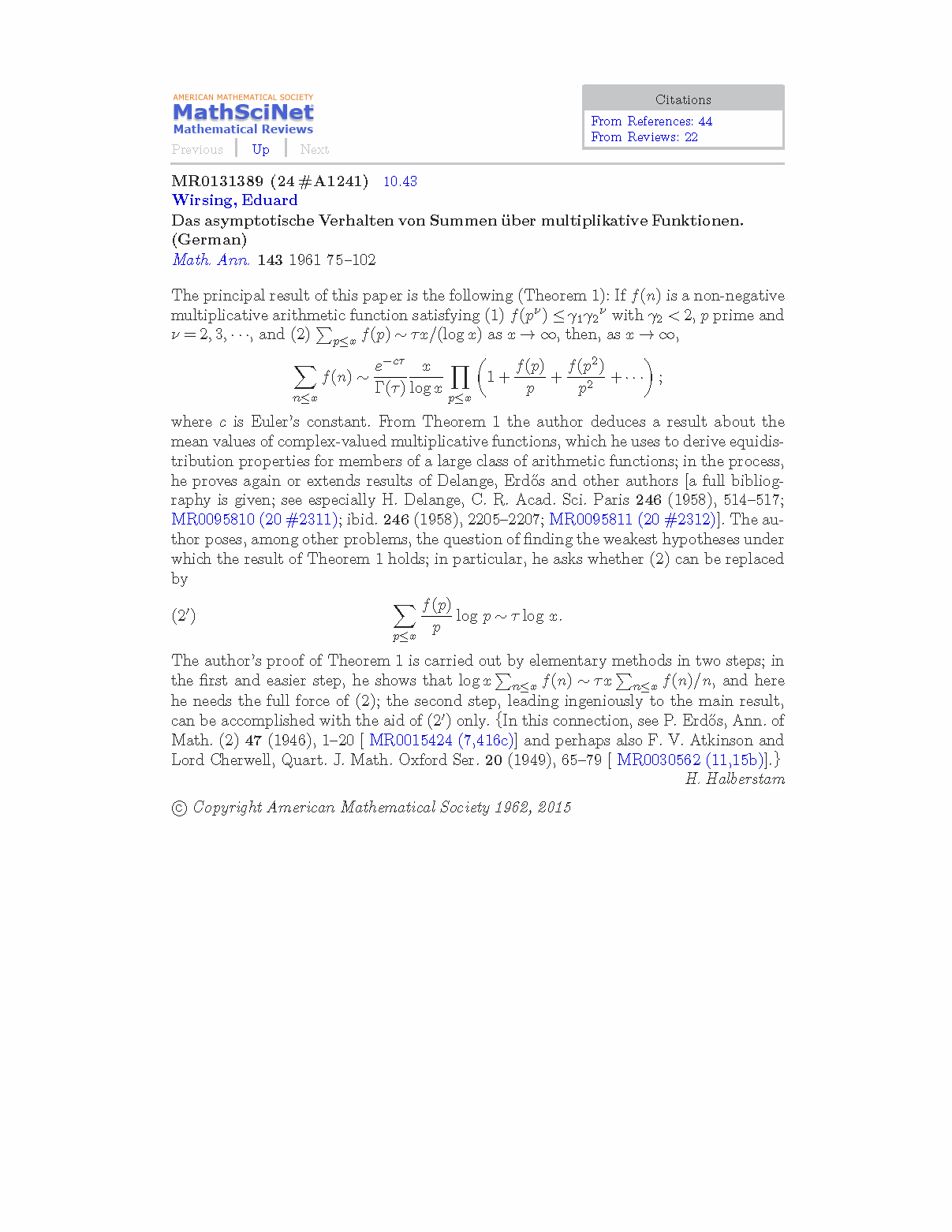 For each fixed $k$, the function $n\mapsto \tau(n^k)$ is a nonnegative-valued multiplicative function. There are quite general results in the literature about mean values of such functions. One classic paper in this area is

His main theorem applies to $\tau(n^k)$ and implies that the partial sums in this case are asymptotic to $c x(\log{x})^k$ for an explicit nonzero constant $c$.

EDIT: On the other hand if you have something more specific in mind then please give us the details!

Not the answer you're looking for? Browse other questions tagged nt.number-theory analytic-number-theory or ask your own question.