Is there anything similar to the four color theorem for 3-dimensional objects?

In mathematics, the four color theorem, or the four color map theorem, states that, given any separation of a plane into contiguous regions, producing a figure called a map, no more than four colors are required to color the regions of the map so that no two adjacent regions have the same color.

I assume that this theorem doesn't apply to 3D objects, because each "region" could be touching every other region. Is there any kind of related theorem that applies to 3D objects?

This is an easy result, not at all comparable to the $4$-color theorem, but it perhaps has the flavor you are seeking:

A collection of tetrahedra forming a pure simplicial complex may be "solid 4-colored" so that no two glued face-to-face receive the same color. (arXiv abstract.)

The planar version is that any analogous collection of triangles can be $3$-colored. 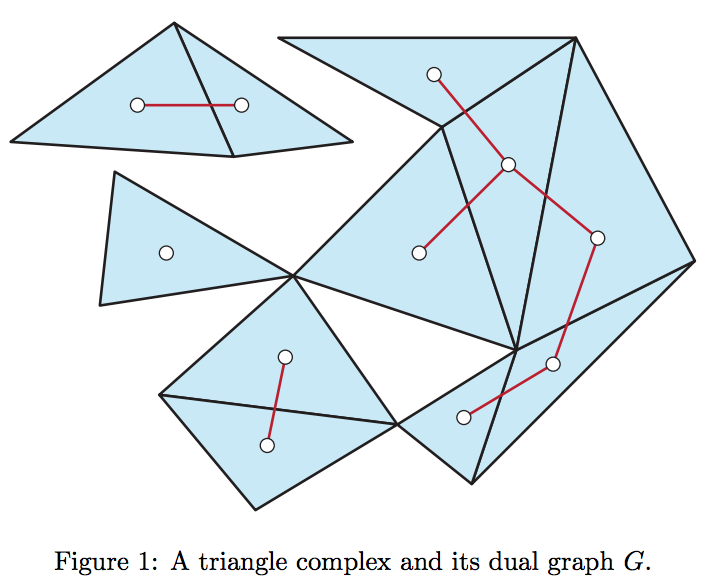 55
Generalizations of the Four-Color theorem