Is each closed convex set a manifold with corners?

Assume that $C$ is a convex set in $\mathbb{R}^{n}$ with non empty interior. Then consider its closure, is it a smooth manifold with corners?

Edit: 1) The closure of $C$ should be a smooth manifold with corners equipped with the induced smooth structure from $\mathbb{R}^{n}$. 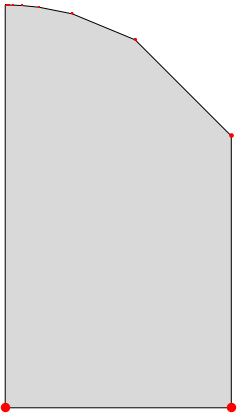 The inside (in the sense of Jordan's theorem) of this curve is a closed convex subset of $R^2$ of non-empty interior which cannot be endowed with a structure of differentiable manifold with corner which makes the maps to $R^2$ differentiable: Indeed such a structure would have to treat all the angles in the curve as corner, and because they have an accumulation point being itself a corner this is not going to be possible: the point $p$ has no neighbourhood diffeomorphic to an open of $[0,\infty[^k$, any of its neighbourhood contains an infinite number of corners.

Of course if you are talking about topological manifold or if you don't want your manifold structure to be compatible with the differentiable structure induced from $\mathbb{R}^2$ then this is no longer a counter example: the things I defined is homeomorphic to the closed disk so there is a structure of $C^{\infty}$ manifold with boundaries compatible to its topology, so that is why I said that the question need to be made more precise. 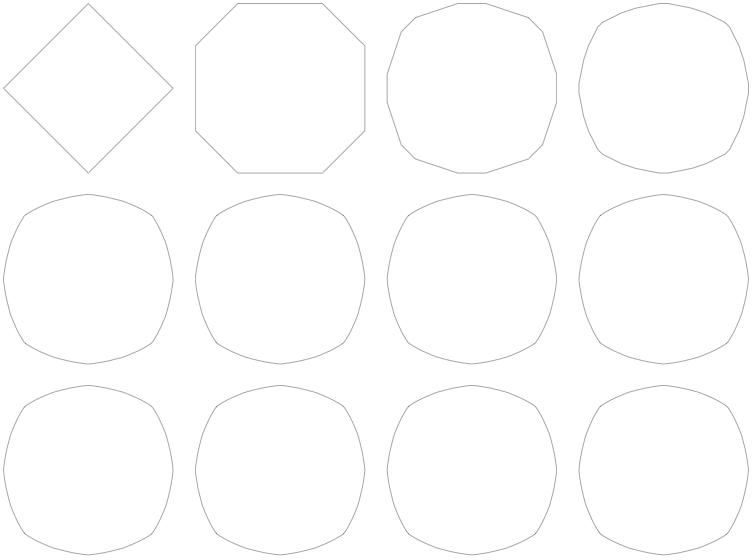 Picture from an MO answer by Bill Thurston; also see a description there.

The limiting curve is $C^1$ but not $C^2$. It has a tangent everywhere, but curvature zero almost everywhere. When you say "manifold with boundary" what do you require?

Plug: English translation of de Rham's paper is in my book Classics on Fractals

Not the answer you're looking for? Browse other questions tagged dg.differential-geometry differential-topology smooth-manifolds or ask your own question.

12
Limit of a sequence of polygons.

19
Is there a good (co)homology theory for manifolds with corners?
5
Level set of convex and plurisubharmonic functions (Ricci curvature and other curvature conditions)
7
Stokes theorem with corners
1
Extension of a smooth function from a convex set
5
Extension of functions from geodesically convex compact sets in a Riemannian manifold
7
Compactification of open manifolds in the form of a manifold( with zero Euler characteristic)
Question feed