Stalling`s end Theorem (a group has more than one end iff it splits over a finite subgroup) and the Seifert-van Kampen Theorem (the fundamental group of a 'decomposable' space is a free amalgamated free product w.r.t the 'pieces' of the space) are well-known theorems. However I often read that they are kind of analogues or that Stalling's Theorem is the 'combinatorial' version or something like that.

I was wondering if this could be made a bit more precise?

In this sense I was also wondering if there is some sort of 'Seifert-van Kampen Theorem' for HNN-Extensions?

Here is an extract from p.335 of Topology and Groupoids (T&G): 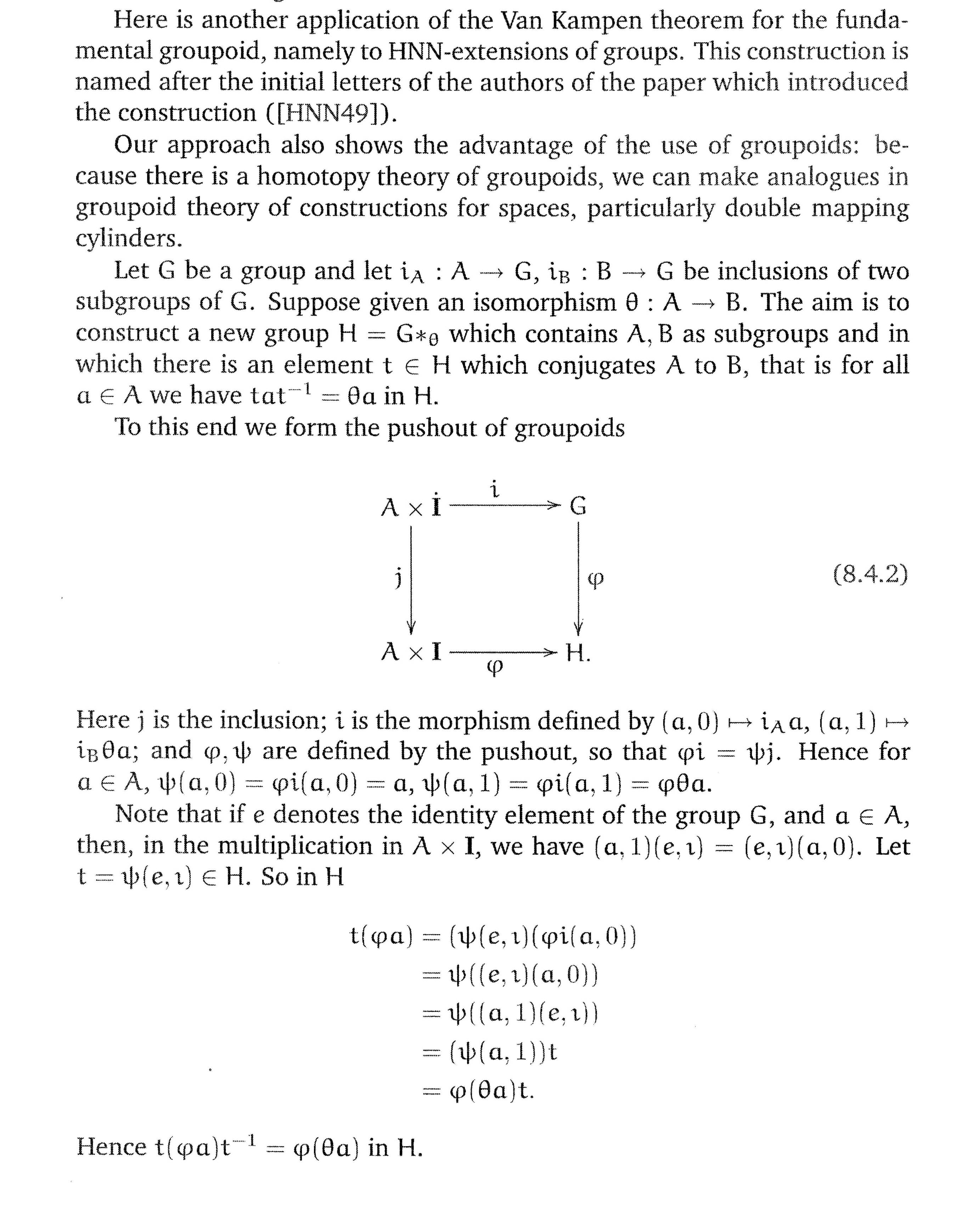 In this $\mathbf I$ is the groupoid with 2 objects $0,1$ and one arrow $\iota:0 \to 1$, and $\dot{\mathbf I}$ is the discrete groupoid on the set consisting of $0,1$. Thus $\mathbf I$ is a "interval object" in the category of groupoids and can be used to model in the category of groupoids topological objects such as double mapping cylinders, as stated in the text. To mirror the topology you need of course a Seifert-van Kampen Theorem for the fundamental groupoid on a set of base points. Compare for example this mathoverflow discussion.

I do not know about applications to the theory of ends! Perhaps old papers of Chris Houghton (see the bibliography of T&G) are relevant.

Not the answer you're looking for? Browse other questions tagged at.algebraic-topology gr.group-theory geometric-group-theory or ask your own question.